Ducey and Hobbs are sparring over an effort by Hobbs to introduce telephone and videoconferencing options to register and vote.

PHOENIX - An effort by Arizona's top election official to introduce telephone and videoconferencing options for people to register and vote in certain circumstances has drawn the ire of Gov. Doug Ducey and some county election officials who say it's illegal.

Secretary of State Katie Hobbs, a Democrat, and Ducey, a Republican, this week have exchanged a series of increasingly pointed letters about the changes she's seeking, which she says would ensure voters aren't disenfranchised during the pandemic. 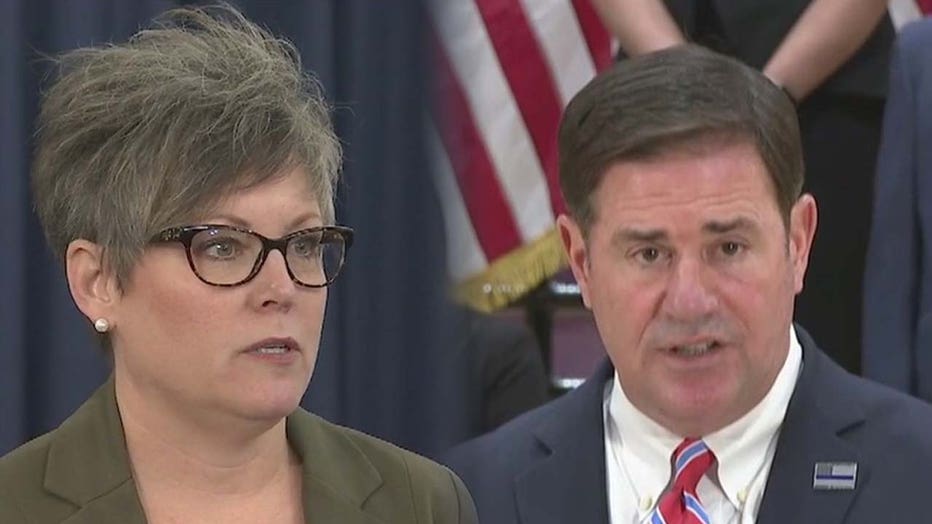 “The responsibility of election officials to uphold our constitution and laws is not only a crucial responsibility, it should stand as the final test on whether changes to our election policies and procedures are appropriate — no exceptions,” Ducey wrote to Hobbs on Sept. 22.

Hobbs has told county recorders, the elected officials responsible for on-the-ground administration of elections, to help voters who are in the hospital, a nursing home or assisted living facility cast their ballots via video conferencing if no family member or caregiver is able to assist them.

She also told recorders she plans to create a telephone hotline to help people register to vote. She said voters who call the hotline before the Oct. 5 voter registration deadline but aren't able to register online or with a paper form should be allowed to vote as long as they first sign a paper form, even if they sign after the deadline.

“The integrity of our elections also requires a deeper commitment from elections officials: a commitment to maximize the enfranchisement of voters and to facilitate and ease the process of voting within the contours of our constitution and laws,” Hobbs wrote in a letter to Ducey. She insists the changes she's seeking, while new, are legal.

The guidance from Hobbs is nonbinding, and it's ultimately up to officials in each county to decide whether to implement it. Yuma County Recorder Robyn Stallworth Pouquette, who said the guidance is illegal, said voters lose faith in the integrity of elections when they hear differing information from the state and the county.

“Security and integrity are important, because voters really need to have trust in our offices,” said Pouquette, a Republican. “And I don’t want to support anything that would accomplish distrust.”

It’s a rare split between Hobbs and some of the recorders, who have generally presented a united and bipartisan front on election questions.

The other change Hobbs seeks would affect the process for helping voters who are unable to cast a ballot on their own and have no caregiver or family members able to help them. State law allows “special election boards” comprised of one Republican and one Democrat to meet the voter, fill out the ballot as directed and return it for counting. Hobbs' guidance tells counties to conduct the boards virtually if the voter is in a situation where visitation is restricted or doesn't feel safe receiving members of the election board.

State law requires special election boards to be held in-person. Hobbs says a videoconference can satisfy that requirement, but Ducey disagrees. He denied her request for an executive order explicitly authorizing it, saying he wouldn't change election procedures so close to the election.

Ducey's letter to Arizona Attorney General Mark Brnovich regarding his correspondence with Hobbs.

A lawyer representing six Navajo Nation members said mail service on the reservation is much slower and argued that Arizona’s requirement for ballots be turned in to by 7 p.m. on election night would disenfranchise tribal members.

After the death of Justice Ruth Bader Ginsburg, Arizona's Senate race could be a major turning point in the next Supreme Court appointee.