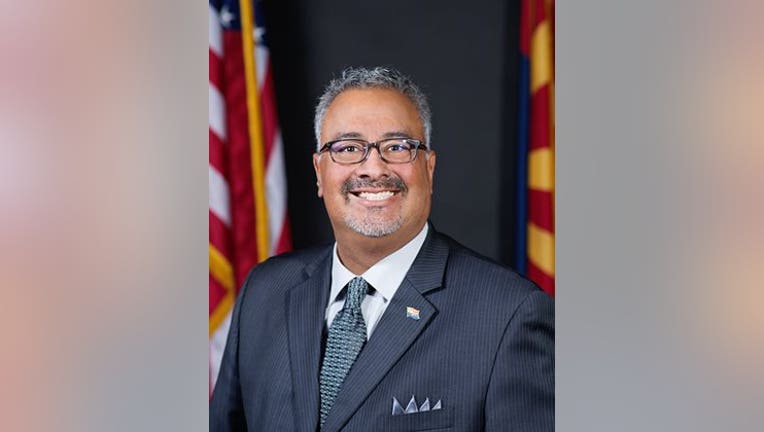 Arizona Rep. Lorenzo Sierra has been hospitalized with complications related to COVID-19. (City of Avondale)

PHOENIX (AP) - An Arizona lawmaker ill with COVID-19 who is on a ventilator at a Maryland hospital’s intensive care unit is showing some signs of improvement, his wife announced on Oct. 8.

Democratic Rep. Lorenzo Sierra of Avondale was visiting family in Washington when he fell ill. He went to a Washington hospital on Sunday and was transferred to Johns Hopkins Hospital in Baltimore on Monday.

“Ventilator usage reduced from 100% to 40%. Slowly reducing sedation; he is following basic commands,” she wrote.

“He opened his eyes for me. When I told him I love him, he nodded. It is the best gift. Pls keep praying,” she wrote.

Cagle also was infected and is recovering in isolation with relatives in Washington, according to House Democratic caucus officials. Cagle and Sierra tested negative before leaving for Washington and took extensive precautions but still got sick, Cagle wrote on Facebook.

Most people experience mild or moderate symptoms with the coronavirus, such as fever and cough that clear up in two to three weeks. For some, especially older adults and people with existing health problems, it can cause more severe illness, including pneumonia and death.

Sierra is the third Arizona lawmaker to be diagnosed with COVID-19.

The wife of Arizona state lawmaker Lorenzo Sierra says she has consented to an experimental treatment for the Sierra, who is still in critical condition at a hospital in the Baltimore area.