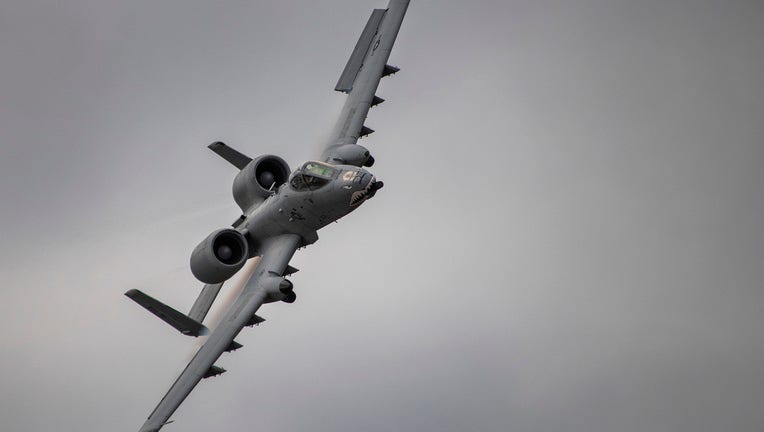 TUCSON, Ariz. - Some Arizona lawmakers intend to fight a plan by the U.S. Air Force to begin retiring parts of the nation’s fleet of A-10 Thunderbolt II ground-attack jets, which are part of a major operation at Davis-Monthan Air Force Base in Tucson.

The Arizona Daily Star reports that decommissioning the jets is part of an Air Force objective to drop some older, legacy weapon systems to help pay for new programs.

Republican U.S. Sen. Martha McSally, a former A-10 pilot, and Democratic U.S. Rep. Ann Kirkpatrick both vowed to fight the move to retire 44 of the oldest A-10s beginning later this year.

Air Force officials unveiled plans Feb. 10 to begin discontinuing several older platforms, including retiring some A-10s even as it refits others with new wings.

“The Air Force sustains our commitment to the Air Force’s most effective close-air-support platform, the A-10, with $161 million to continue the re-winging and avionics upgrades,” said Maj. Gen. John Pletcher, deputy assistant secretary for financial management and comptroller.

The retirement of the oldest A-10s that are the least ready for duty puts the Air Force on a path to field seven squadrons consisting of 218 modernized A-10s that will fly through the next two decades, Pletcher said.

The Air Force first unveiled plans in 2015 to begin retiring the entire A-10 fleet starting in 2018.

Members of Congress including the late U.S. Sen. John McCain and McSally, who was in the House at the time, beat back the plan and helped push through funding to replace wings on A-10s.

McSally, who sits on the Senate Armed Services Committee, said in a statement that she met with Air Force leaders to tell them she did not intend to allow the 44 A-10s to be decommissioned in October.

Kirkpatrick, who is on the defense subcommittee of the House Appropriations Committee, said she plans to introduce a resolution asking Congress to continue A-10 funding.

“I am actively engaging with the Air Force to ensure that there is no negative impact to our squadrons at D-M,” Kirkpatrick said in a statement.