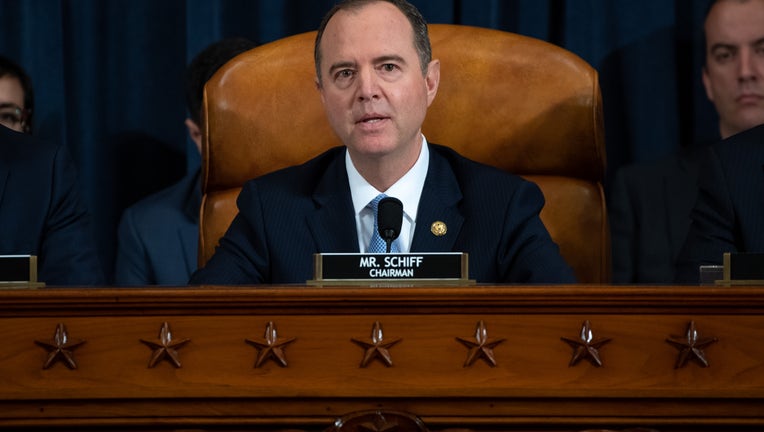 WASHINGTON, DC - NOVEMBER 13: House Intelligence Committee Chairman Adam Schiff (D-CA) gives an opening statement during the first public hearings held by the House Permanent Select Committee on Intelligence as part of the impeachment inquiry into U.

Prosecutors say police went to Meister's home on Oct. 3 and he said he was intoxicated when he made the call and didn’t remember specifics of the incident. Court documents say Meister told authorities that he “strongly dislikes Democrats” and that he was probably upset about something he saw on Fox News.

The House launched its impeachment inquiry into President Donald Trump in late September, and Schiff was one of the leaders behind the effort.

Authorities later searched Meister’s house and reported finding two handguns and a rifle plus more than 700 rounds of ammunition. They said Meister claimed the firearms and accessories belonged to his wife.

Meister, 52, later was indicted on one count of making a threat through interstate commerce. He’s also facing a charge of one count of possession of a firearm by a convicted felon.

Meister's public defenders say there’s little evidence their client could have carried out the alleged threat against Schiff.