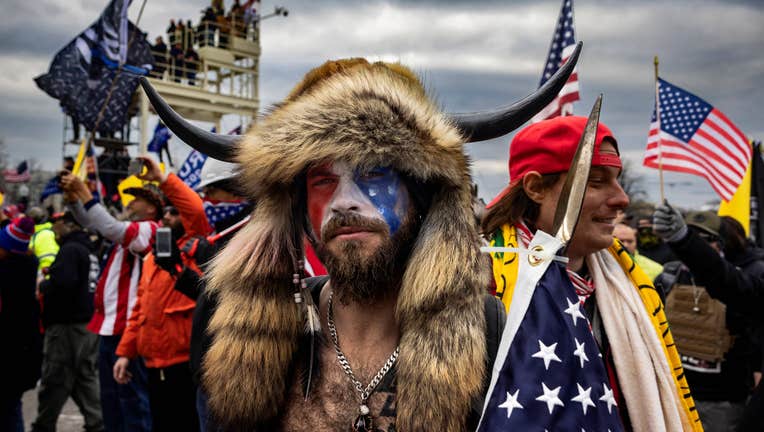 PHOENIX - An Arizona man who allegedly participated in the insurrection at the U.S. Capitol while sporting face paint, no shirt, and a furry hat with horns has been transferred to federal custody in the District of Columbia.

Officials with the U.S. Marshals Service in Phoenix on Jan. 25 announced the transfer of 33-year-old Jacob Angeli Chansley.

He was taken into custody on Jan. 9 and charged with counts that include entering a restricted building without lawful authority, violent entry, and disorderly conduct on Capitol grounds.

Jake Chansley, also known as Jake Angeli, was arrested for his alleged involvement in the deadly Capitol riot on Jan. 6.

Authorities said Chansley was identified as the man seen in widespread media coverage entering the Capitol building on Jan. 6 dressed in horns on a bearskin headdress with red, white, and blue face paint and carrying a U.S. flag attached to a spear.

Rep. Andy Biggs denied any part in organizing the mob attack on the U.S. Capitol that left five people dead, saying the allegations against him are an "assault on my reputation."

Get breaking news alerts in the FOX 10 News app. It is FREE! Download for Apple iOS or Android