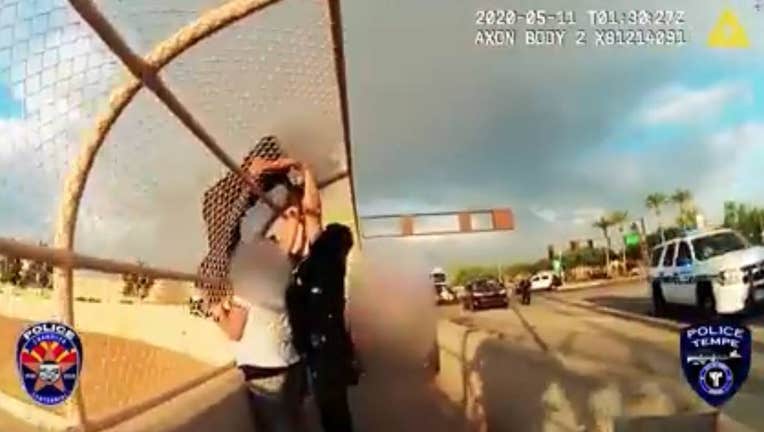 CHANDLER, Ariz. - Officers helped convince a man to get to safety after he was found clinging to a fence on a freeway overpass in Chandler, police said a statement released July 20.

This video, recorded on May 11, shows officers talking to the man as he holds onto the overpass fencing above the Loop 101.

“You can’t do this, man. Why don’t you just come down here and talk with me?” one of the officers says to the man.

“I can help you get through this,” an officer also says.

Later, several officers are heard encouraging the man as he begins to climb up the fencing to reunite with family.