Both mom and baby Denarius were doing well, the hospital said.

Baby Denarius was born at HSHS St. Elizabeth’s Hospital in O’Fallon, Illinois, located just outside of St. Louis. He was originally due on Dec. 30, “but decided to come early for this numeric and lunar coincidence,” the hospital said in a statement.

The baby, who weighed 7 pounds, 4 ounces, was welcomed by parents Denarrika Fisher and Charles Bell. 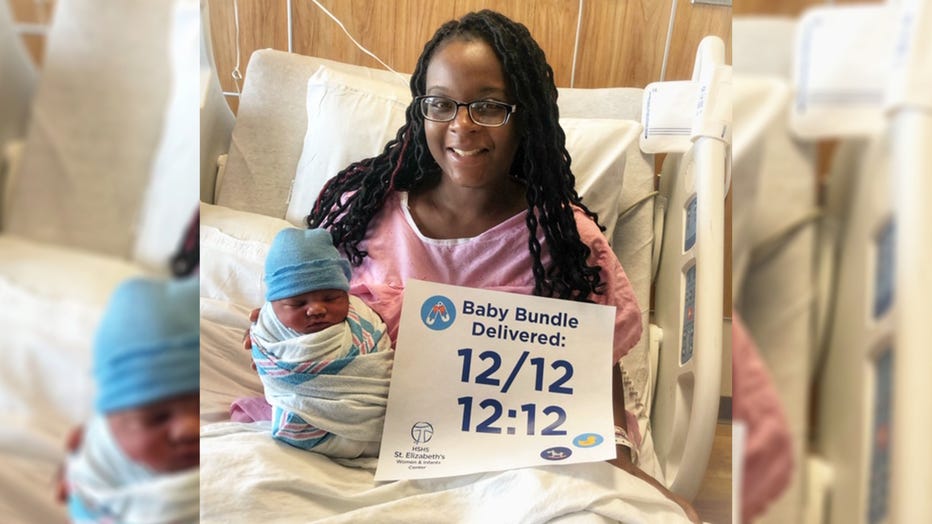 “Fisher didn’t realize the date and time being the same at the time but the nursing staff in the Women and Infants Center did when they noted the birth information when the baby was delivered,” the statement said.

Both mom and baby were doing “wonderfully,” according to the hospital.

The last full moon of 2019 peaked during Denarius’ birth. Known as the “Full Cold Moon,” it has a high trajectory across the sky and sits above the horizon for longer than usual.

It was also called the “Long Night’s Moon” by Native American groups because it rose during the longest nights of the year, which are near the Dec. 21 winter solstice, according to the Farmer’s Almanac.