President Joe Biden is ordering the release of 1 million barrels of oil per day from the nation’s strategic petroleum reserve for six months, the White House said Thursday, in a bid to control energy prices that have spiked as the U.S. and allies imposed steep sanctions on Russia over its invasion of Ukraine. Biden was to formally announce the release in remarks on his administration’s plans to combat rising gas prices.

WASHINGTON - President Joe Biden said Tuesday his administration will suspend a federal rule that bars higher levels of ethanol in gasoline during the summer. The move, which Biden announced during a visit to Iowa, is intended to tamp down prices at the pump that have spiked during Russia’s war with Ukraine. Iowa is a key producer of the corn-based fuel additive.

A look at how that the decision to authorize year-round use of so-called E15 will impact gas supplies, prices and the environment.

What action is Biden taking?

Most gasoline sold in the U.S. is blended with 10% ethanol. At Biden's direction, the Environmental Protection Agency will issue an emergency waiver to allow widespread sale of 15% ethanol blend that is usually prohibited between June 1 and Sept. 15 because of concerns that it adds to smog in high temperatures.

Senior Biden administration officials said the move will save drivers an average of 10 cents per gallon at 2,300 gas stations that sell E15, as the high-blend ethanol is known. Those stations are mostly in the Midwest and the South, including Texas, according to industry groups.

Why is Biden doing this?

Lawmakers from both parties and ethanol advocates have urged Biden and the EPA to allow year-round sales of E15, calling it a cheaper and readily available domestic alternative to traditional gasoline. The U.S. has banned imports of Russian crude oil since the country's late February invasion of Ukraine, disrupting global markets and raising prices. 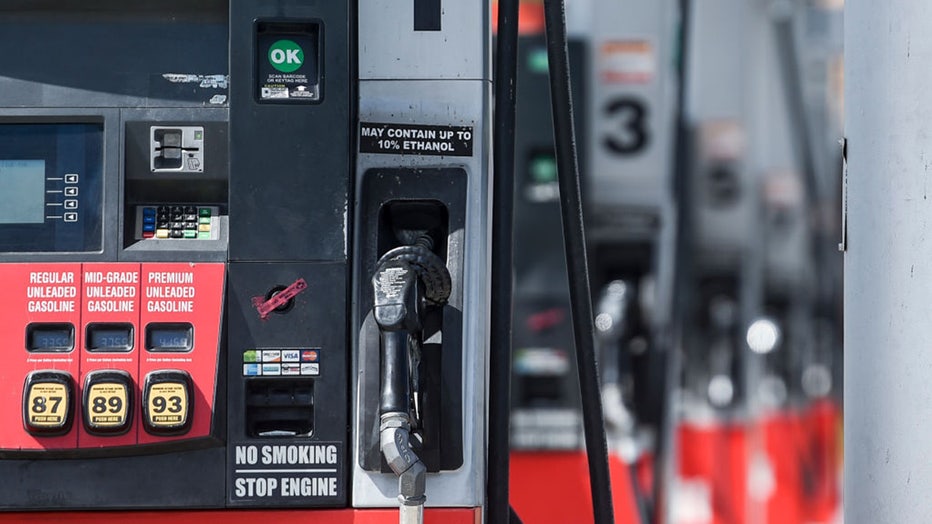 How will this affect the environment?

Biden administration official say the short-term move will have little effect on the environment and that EPA will work with states to "ensure there are no significant air quality impacts through the summer driving season.''

Environmentalists questioned that, saying ethanol production contributes to greenhouse gas emissions and soil erosion and raises prices for corn and other crops.

"The ethanol lobby will be happy and kids with asthma will be sicker,'' said Dan Becker of the Center for Biological Diversity, an environmental group. "However well-meaning (Biden's action) might be, kids and the elderly shouldn’t pay the price with their health for slight gas savings.''

A recent report in the Proceedings of the National Academy of the Sciences revealed that the federal ethanol mandate inflated corn prices by 30% from 2008 to 2016, made corn-based ethanol more carbon intensive than gasoline and increased annual fertilizer use by up to 8%, polluting waterways.

Has the EPA done this before?

The EPA has lifted seasonal restrictions on E15 in the past, including after Hurricane Harvey in 2017. The Trump administration allowed for year-round E15 sales starting in 2019, but a federal appeals court struck down the policy change in July 2021, saying the EPA overstepped its authority.

The decision dealt a significant blow to the ethanol industry and corn farmers who had anticipated increased ethanol demand through year-round sales of the higher blend.

How is this different from Trump's action?

Senior Biden administration officials said they expected the EPA waiver to survive a likely court challenge, saying that unlike the open-ended Trump rule, the action is limited to this summer and is prompted by a supply disruption caused by the war in Europe.

Greater use of E15 should "help alleviate some of the pain that we’ve seen since Russia launched this war against Ukraine," EPA Administrator Michael Regan told a Senate committee last week.

But critics said the only emergency is Biden's dropping poll numbers.

Emergency fuel waivers are reserved for acute supply disruptions, such as those resulting from a hurricane, said Chet Thompson, president & CEO of the American Fuel & Petrochemical Manufacturers, which represents petroleum refiners.

"An additional three months of E15 sales won’t do anything to address high crude oil prices, and 98% of retail (gas) stations can’t even sell the fuel,'' Thompson said. "This is politics, not a real solution for drivers."

Will E15 hurt my car's engine?

E15, often sold at the pump as Unleaded 88, for its octane rating, can safely be used in all cars, trucks and SUVs from 2001 on. Those model years represent more than 90% of vehicles on U.S. roads. The ethanol industry says the fuel is one of the most tested in history and has no effect on vehicle drivability. More than 20 billion miles have been driven in cars and trucks using Unleaded 88, a number continues to grow.

E15, or Unleaded 88, typically sells for 10 cents a gallon less than E10, the standard formulation for U.S. cars. The price difference between Unleaded 88 and conventional gasoline without ethanol is around 40 cents.

Will I get better mileage with E15?

There is no noticeable difference between the mileage achieved when using E15 and mileage when operating on E10.

Can I use E15 in my lawnmower or other small-engine equipment?

E15 has not been approved by EPA for use in non-automotive engines such as boats, motorcycles, lawn mowers and other small engines. E10, the standard ethanol formulation, is approved for small engines.