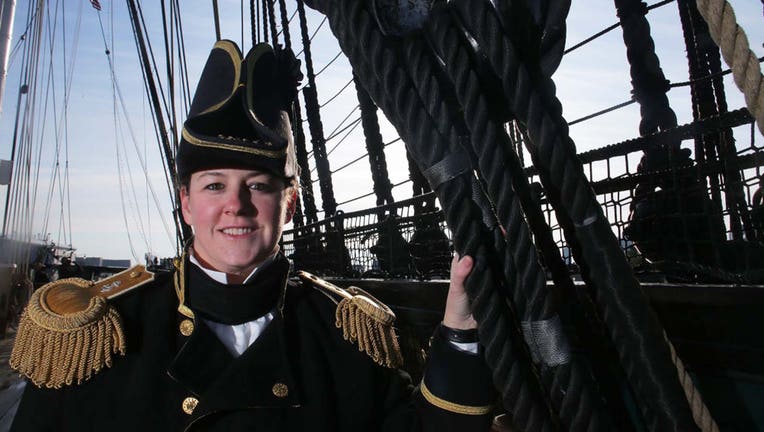 FILE - Billie J. Farrell is pictured in Charlestown, MA on Jan. 6, 2022. On January 21 B.J. Farrell will take over as the 77th Commander of the USS Constitution and become the first woman in that role.

Women have assumed leadership positions throughout the Navy, so it was only fitting that a woman for the first time Friday took command of the U.S.S. Constitution — the Navy's most historic vessel.

Cmdr. Billie J. Farrell, 39, during a ceremony that started on land and ended on board, became the 77th commanding officer of the 224-year-old warship that earned the nickname Old Ironsides when British cannonballs bounced off its hull during the War of 1812.

"Of course, in our modern Navy, women have already commanded at all levels, but not this ship, the public's most accessible commissioned vessel, America's naval heritage," Rear Adm. Shoshana Chatfield, president of the Naval War College in Newport, Rhode Island, said during the ceremony at Boston's Charlestown Navy Yard. 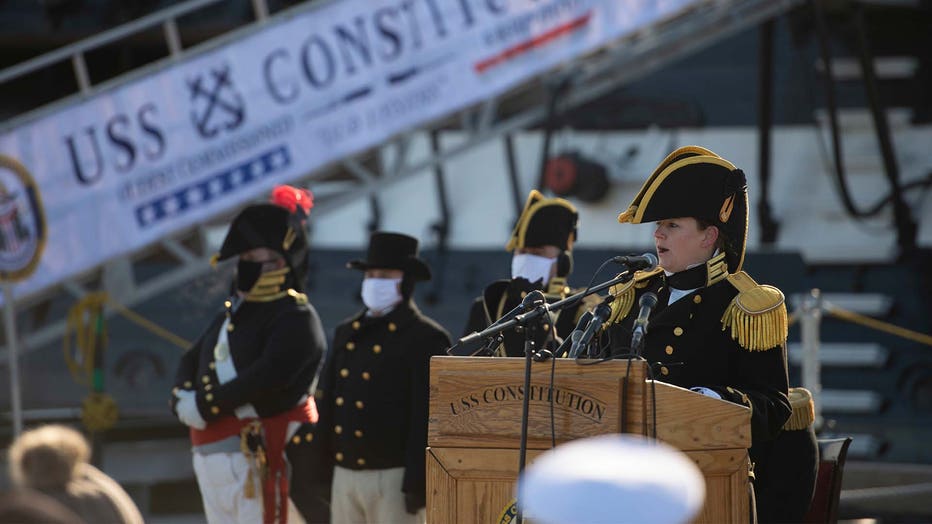 Farrell's appointment is an inspiration to others, she said.

"I can only hope that a new generation of people are inspired by seeing a woman as the captain of our ship of state, recognizing that for them too, there is no limit to what they can accomplish," Chatfield said.

Secretary of the Navy Carlos Del Toro said during the ceremony that Farrell, who most recently served as the executive officer aboard the guided missile cruiser U.S.S. Vicksburg, is "the perfect leader to take command of this historic ship at this historic time."

The significance of the command was not lost on Farrell, who was a teenager in 1998 when her family visited the ship, which is one of Boston's most popular attractions with about 500,000 tourists annually. 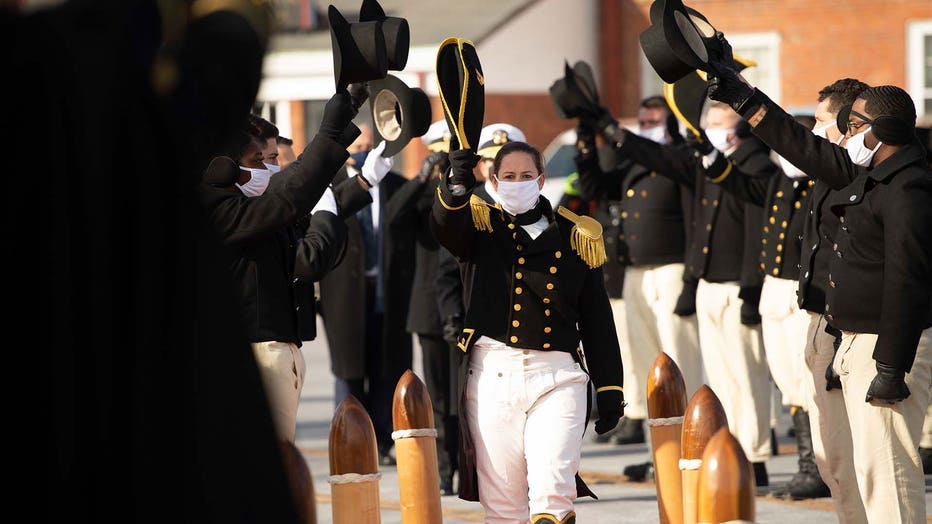 "Any person that walks on the decks of the ship is immediately standing on the page of history itself," said the native of Paducah, Kentucky, and 2004 graduate of the U.S. Naval Academy. "She also serves as a somber reminder of those that gave the ultimate sacrifice on her decks to create the nation that we know today. Her name carries the weight of the document to which we are all familiar, and to which all members of the armed services swear an oath to support and defend."

Farrell relieved Cmdr. John Benda, who had led the ship’s crew since February 2020.

The Constitution is the world’s oldest commissioned warship still afloat. It played a crucial role in the Barbary Wars and the War of 1812 and defended sea lanes from 1797 until 1855. The ship was undefeated in battle and destroyed or captured 33 opposing vessels. 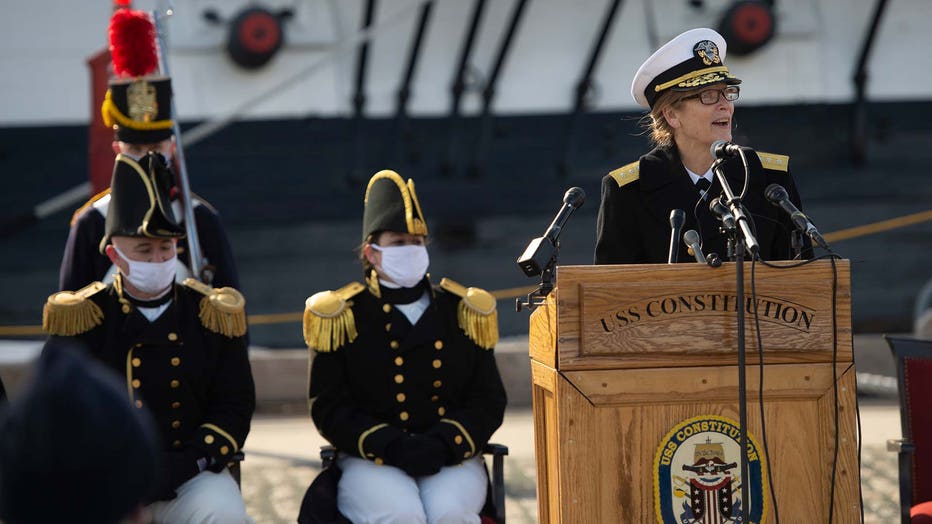 Today, it is crewed by about 80 active-duty sailors, about a third of whom are women.