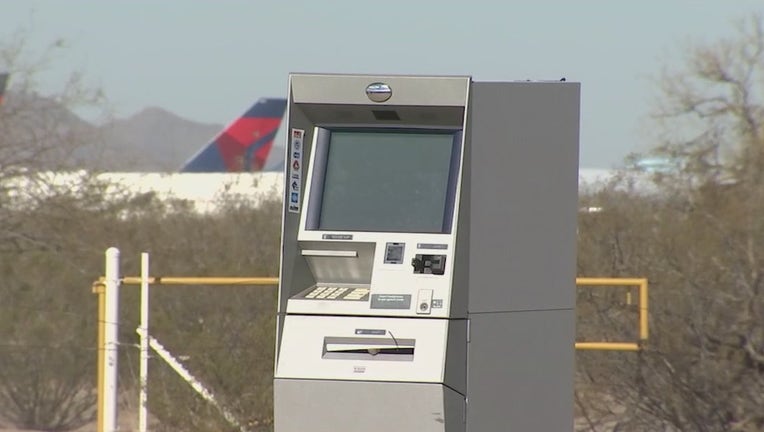 An ATM machine, as shown during a training exercise.

PHOENIX - During a training exercise put on by the Bureau of Alcohol, Tobacco, Firearms and Explosives in Pinal County, law enforcement officials say they consider bombs in ATMs as an emerging threat.

According to law enforcement, ATM bombing threats are up 400% in recent years. Demonstrators did not show portions of the exercise that is related to ATM bombings, saying it would be like giving a potential crook someone's PIN number.

In 2020, a number of ATM explosions were reported across the country.

In May, FOX 10 sister station WTVT in Tampa, Fla. reported that two men, identified as Mawdo Malick Sallah and Kirk Douglas Johnson, were accused of using fires and explosives to steal cash from four ATMs in Florida and Georgia. The pair allegedly took nearly $70,000 from two ATMs.

In June, FOX 10 sister station WFLD in Chicago reported that someone set off explosives near an ATM. Investigators at the found the ATM burned and the concrete floor damaged.

On March 2, WTXF reported an explosion at a bank ATM. The explosion reportedly tore apart the machine, and the suspect or suspects got away with a large amount of cash.

According to the American Bankers Association, ATMs remain prime targets for criminals, and criminals have been known to use ATM explosive attacks and other methods to breach these cash-dispensing machines.