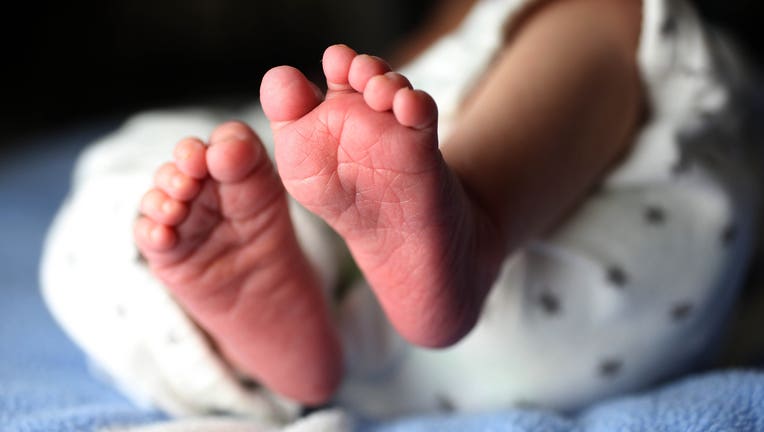 A file image shows the feet of a newborn baby girl. (Photo by Tim Clayton/Corbis via Getty Images)

Congressional Democrats renewed their push on Thursday to give newborn Americans a $1,000 savings account — a bid to close the nation's wealth gap that could gain traction under the Biden administration.

Under the American Opportunity Account Act, reintroduced by Sen. Cory Booker, D-N.J., and Rep. Ayanna Pressley, D-Mass., the government would provide every American child with a $1,000 savings account and would give an additional $2,000 every year depending on income.

Known as "baby bonds," the program would give up to $46,000 for children in the poorest families. Recipients could begin withdrawing money from their accounts at age 18, giving them the money needed to spend on things like college, a downpayment on a home or launching a small business.

The funds would sit in a federally insured account managed by the Treasury Department paying about 3% interest.

"It is an effort to create generations of wealth," Booker said during an Instagram Live with Pressley. "It would level the economic playing field. It would deeply address the racial wealth gap in America."

The measure — which floundered in the last Congress with just one co-sponsor in the Senate — has garnered 15 Senate co-sponsors so far, including Majority Leader Chuck Schumer as well as Sens. Elizabeth Warren, D-Mass., Amy Klobuchar, D-Minn., and Bernie Sanders, I-Vt. Democrats have a monopoly on power in Washington for the first time in more than a decade, although it's unclear where the Biden administration stands on the issue of "baby bonds."

"Giving our youngest Americans and their working parents an economic opportunity like baby bonds would deliver strong economic relief and mark an investment in our collective future," Schumer, D-N.Y., said.

New Jersey Gov. Phil Murphy, a Democrat, introduced a similar proposal last August to give $1,000 bonds to children in households earning less than 500% of the Federal Poverty Level, or up to $131,000 per year for a family of four. Murphy estimated that three out of four children in the state would receive the bonds, or roughly 72,000 babies born in 2021.

MORE NEWS: Biden says US ‘diplomacy is back’ in foreign policy address

The scaled-down New Jersey proposal, which must still be approved by the state legislature, would cost about $80 million annually.

One-fifth of U.S. households in 2018 earning more than $130,000 represented 52% of the nation's wealth, more than the other four-fifths combined, according to the Pew Research Center.

The U.S. has the highest level of income inequality compared to any other G7 nation, which some economists say could be worsened by the coronavirus pandemic.