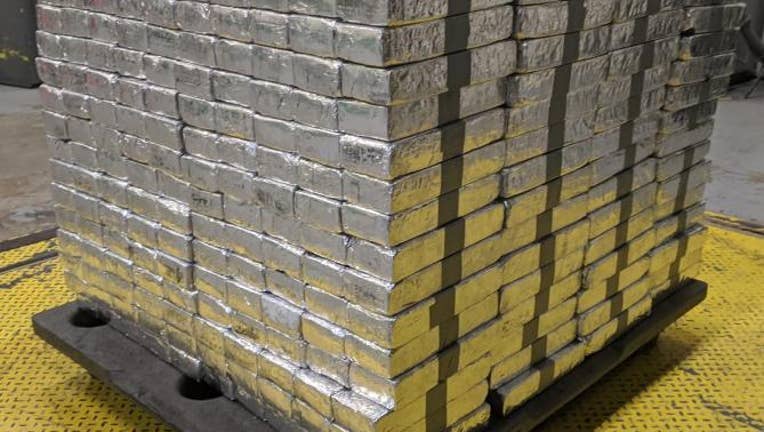 LAREDO, Texas - U.S. Border Patrol officers seized a total of 37 million dollars worth of methamphetamine at the Laredo Port of Entry from a commercial shipment of tomatoes from Mexico, officials said on Thursday.

Officials said a trailer carrying the shipment from Mexico hid 654 packages of the drug, which weighed more than 1,800 pounds.

Border officials seized the truck, trailer and shipment and turned it over to U.S. Immigration and Customs Enforcement.

Illegal border crossing into U.S. down 50%