U.S. Customs and Border Protection in Arizona says this is the 126th illicit cross-border tunnel discovered in the Tucson sector. It was found by Border Patrol agents and Mexican law enforcement under the streets of Ambos Nogales.

An incomplete, hand-dug tunnel was discovered stretching from Mexico over the border into Arizona.

They said it was created by drug cartels, originating from a drainage facility in Nogales, Mexico, and extending about 30 feet into Nogales, Ariz. It was about 580 yards west of the Dennis DeConcini Crossing at the Nogales Port of Entry. 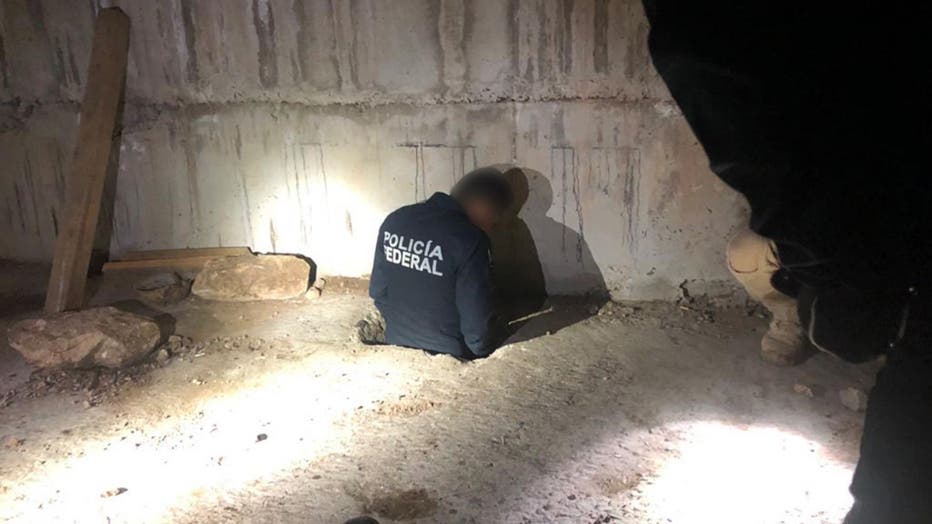 A Mexican police officer at the entrance of the tunnel in Nogales, Mexico. (U.S. Border and Customs Protection)

At its deepest point, the tunnel was about 15 to 20 feet down and was left incomplete.

They described the pathway as “rudimentary” with no shoring, ventilation or lighting.

“U.S. authorities will continuously monitor the area until they remediate the tunnel,” CBP said in a press release.

An incomplete, hand-dug tunnel was discovered going from Mexico and crossing the border into Arizona. (U.S. Customs and Border Protection)

It’s the 126th such tunnel discovered in the Nogales area since 1990, officials said.

Last month, authorities discovered the longest smuggling tunnel ever found. It went from Tijuana, Mexico, near the Otay Mesa Port of Entry and extended about 4,300 feet into California.

This tunnel featured a complex cart and rail system, forced air ventilation, high-voltage electrical cables and panels, an elevator at its entrance and a complex drainage system, officials said. 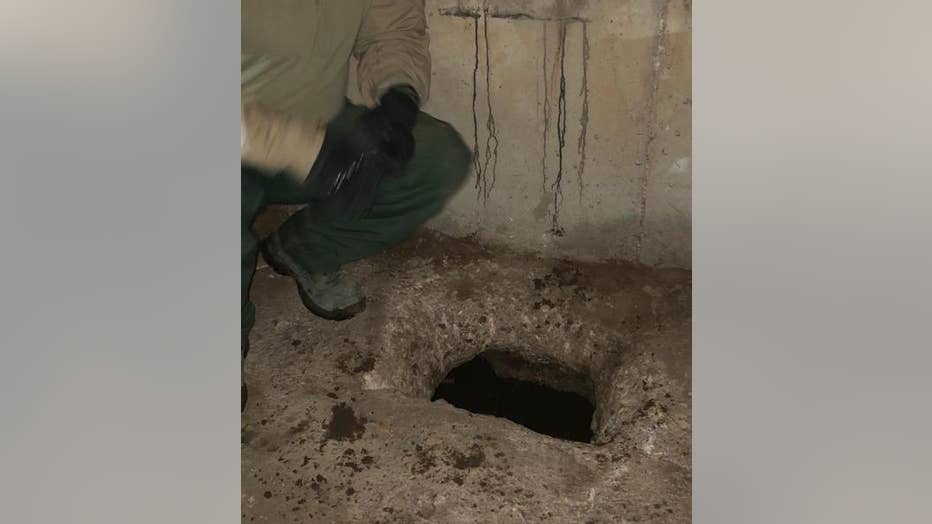 An incomplete, hand-dug tunnel was discovered going from Mexico and crossing the border into Arizona. (U.S. Customs and Border Protection)