Former Secretary of State Ken Bennett will continue to be a part of the ballot recount after all. This comes a day after he threatened to quit.

PHOENIX - Arizona Republicans’ partisan review of the 2020 election results got off to a rocky start when their contractors broke rules for counting ballots and election experts warned the work was dangerous for democracy.

When the auditors stopped the counting and returned the ballots this week, it hadn't gotten better. In the last week alone, the only audit leader with substantial election experience was locked out of the building, went on the radio to say he was quitting, then reversed course hours later. The review's Twitter accounts were suspended for breaking the rules. A conservative Republican senator withdrew her support, calling the process "botched." And the lead auditor confirmed what was long suspected: that his work was almost entirely paid for by supporters of Donald Trump who were active in the former president’s movement to spread false narratives of fraud.

"They’ve botched it at so many points along the way that it's irrecoverable." 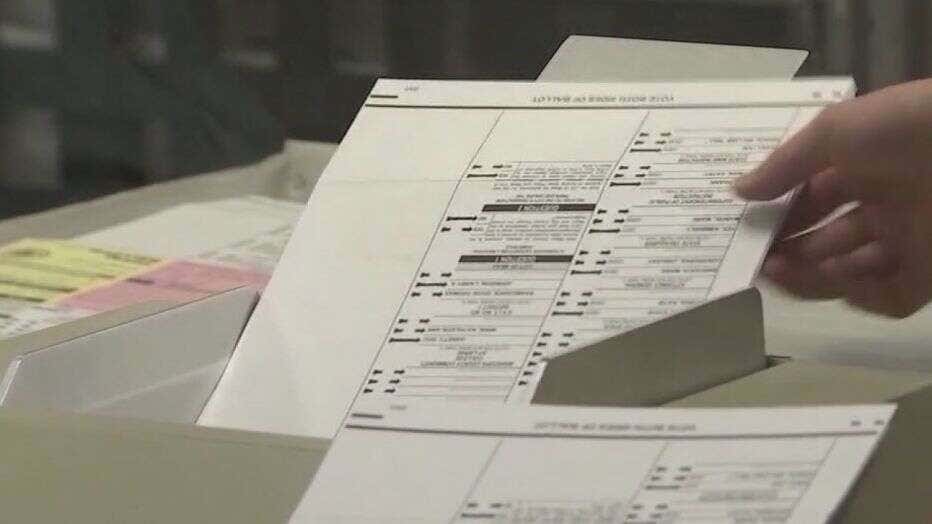 All this came nearly 100 days into a process that was supposed to take "about 60 days," according to the Senate Republicans who launched it. And it's not over yet. Contractors are now producing a report on the findings that could take weeks or more to write.

The turmoil casts even more doubt on the conclusions of what backers describe as a "forensic audit" but what experts and critics say is a deeply flawed, partisan process.

"Not even a shred of being salvaged at this point," said Sen. Paul Boyer, the first Republican state senator to publicly come out against the audit in May. "They’ve botched it at so many points along the way that it's irrecoverable."

Boyer's opposition became less lonely last weekend when another Republican, Sen. Michelle Ugenti-Rita, one of the Legislature's strongest advocates for stricter voting laws, agreed that "the Trump audit" was "botched." Along with all 14 Democrats, a majority of the Senate, which commissioned the audit, is now against it.

"I wanted to review our election processes and see what, if anything, could be improved," Ugenti-Rita wrote on Twitter. "Sadly, it's now become clear that the audit has been botched."

The review includes a hand count of ballots, the analysis of voter data and a review of ballot-counting machines. It's being led by Cyber Ninjas, a software security consultant with no election experience before Trump began trying to overturn the 2020 results. Its owner, Doug Logan, has supported the movement to spread false conspiracies about the vote count in battleground states. 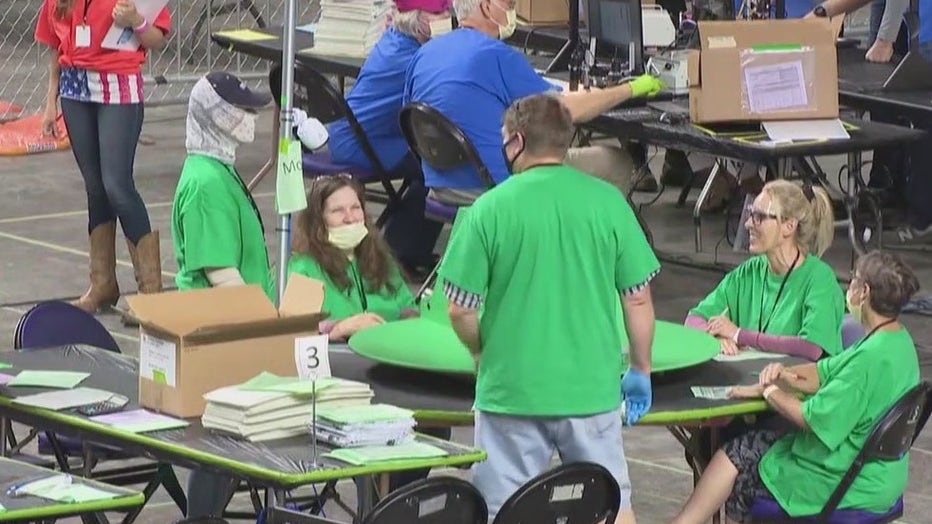 On Wednesday night, Logan ended months of silence about who was paying him when he said a whopping $5.7 million had been contributed by political groups run by prominent Trump supporters including Michael Flynn, Sidney Powell, Patrick Byrne and correspondents from One America News Network. The figure dwarfs the $150,000 to be paid by the Senate.

Logan has said he was approaching the review objectively and his own views are irrelevant. Still, Logan appeared in "The Deep Rig," a conspiratorial film claiming the election was stolen from Trump. The filmmakers were given access to restricted areas of the ballot-counting operation, including the secure area where ballots were stored.

The review's integrity took another hit when former Secretary of State Ken Bennett, a Republican whose experience in elections lent credibility to the operation, found himself locked out of the building where the audit was underway because he'd given outside election experts data without authorization, he said.

Bennett told a conservative talk-radio host that he was quitting because he was expected to rubber-stamp the findings. Later the same day, he said he was not quitting after all. Senate President Karen Fann, a Republican, agreed Bennett "will have full access to all audit work spaces, procedures, and data."

When the Cyber Ninjas’ hand count of ballots didn’t match the county’s official tally, a third count was ordered, this time using paper-counting machines to tally the number of ballots but not the winning candidates. The findings have not been released.

Meanwhile, the timeline for a final report, most recently expected in late July, has continued slipping.

Supporters of the effort blame stonewalling by Maricopa County. The county's Republican leaders refuse to cooperate, saying "competent auditors" have everything they would need to fully review the vote count.

"It is unfortunate that the county has been recalcitrant," Republican Sen. Warren Petersen, chair of the Judiciary Committee that issued subpoenas, said recently. "That doesn’t breed trust. It slows things down. It makes things difficult."

Twitter this week suspended audit-related accounts, including the Arizona review's official account and several others seeking similar reviews in other states. A Twitter spokesperson said the accounts were suspended "for violating the Twitter rules on platform manipulation and spam."

The U.S. Justice Department has weighed in, warning any state that is looking to conduct an Arizona-style review that they will need to follow federal law that requires officials to retain and preserve election records, including ballot and ballot materials, for 22 months.

"It’s being purported as though this effort is going to build confidence in our elections, when we know that that is not the motivation behind any of this," said Tammy Patrick, a senior adviser at the Democracy Fund and a former Maricopa County elections official. "Because if that was the case, then they would tell the truth."

The operation got off to a rocky start on day one. A journalist pointed out that workers were using blue pens in violation of a fundamental rule of election administration. Blue and black pens are strictly prohibited near ballots because those are the colors voters are told to use, creating the potential for workers to manipulate the count.

Days later, a former Republican state lawmaker who lost his reelection bid — and who would have been a Trump elector to the Electoral College had Trump won — was among the workers counting ballots. The auditors chased conspiracy theories, for a time shining ultraviolet lights to look for watermarks on ballots and taking high-resolution photographs to look for evidence, such as bamboo fibers in the paper, that fraudulent ballots from Asia were slipped into the stack.

"The audit process and its eventual results may be utilized to undermine popular confidence in our electoral system nationwide, thereby enabling the disenfranchisement of millions of Americans," said Ralph Neas, a civil rights attorney and advocate who wrote a report on the audit's flaws for The Century Foundation. "These are existential threats to our democracy and they have to be stopped in their tracks."

Associated Press writer Christina A. Cassidy in Atlanta contributed to this report.