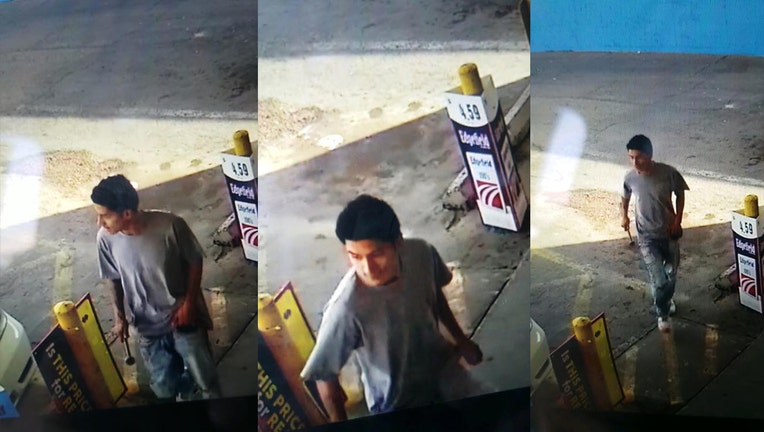 Photos of one of the suspects in the assault incident

According to investigators, the incident happened at around 9:30 a.m., outside of a KFC restaurant. The victim has been identified as the restaurant's manager, and officials said the suspects attacked a manager with bats, and robbed him of an undisclosed amount of cash.