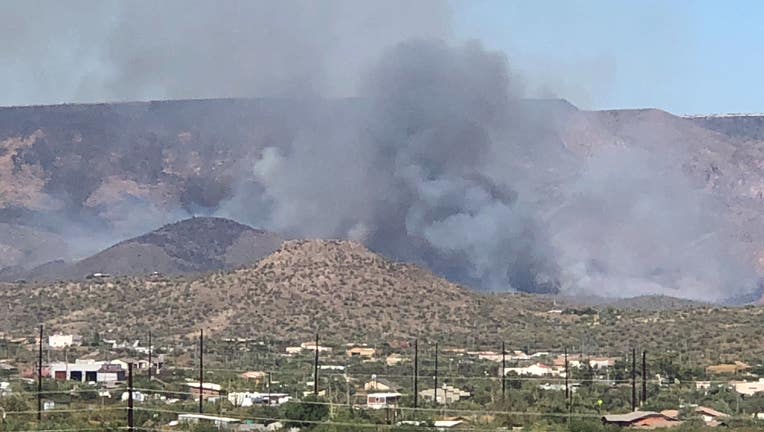 NEW RIVER, Ariz. - The Central Fire in Tonto National Forest has been 100% contained.

The Central Fire could seen from people's homes in north Phoenix and from Interstate 17.

"We will have resources in place to ensure all structures are protected. The fire is moving away from homes," stated Daisy Mountain Fire Department officials. They said the fire is traveling in the northeast direction, further into the forest.

According to officials, the fire was human-caused.

The fire has moved to the top of the New River Mesa and continued to head northeast, away from structures.