Cypress-Fairbanks ISD board member under fire for 'racist' comments

FOX 26 Reporter Randy Wallace has reaction after some are calling for the board member to resign after being sworn in just last month after comments he made during a public meeting on Monday.

HARRIS COUNTY - The NAACP is calling the statements of Cy-Fair School Board Member Scott Henry "racist" after a tweet surfaced showing him speak about the percentage of black teachers relative to a school district's status as "premium".

During Monday night's board meeting about a study for how the district could deal better diversity and equity, Henry put his disdain for Houston Independent School District on full display.

"Houston ISD is involved in a huge scandal. In fact, one of their trustees is now in jail. Their COO is under indictment, they're about to be taken over by the state," said Henry.

In a tweet Harris County Judge Lina Hidalgo said, "As a product of Cy-Fair ISD, I’m appalled by Board Member Scott Henry’s insinuation that more Black teachers lead to more dropouts. Divisiveness and racism are what’s hurting our students. Not diversity. Resign."

The NAACP Houston Branch President Dr. James Dixon says, "The Cypress-Fairbanks Independent School Board must vote to condemn his views. Voters and parents should unite to call for his resignation."

A panel of leaders discuss the comments made by Cy-Fair ISD Board Member Scott Henry, who spoke for more than 10 minutes railing against the need for diversity in the district.

"I've gone back and looked at the entirety of his comments I wanted to be fair especially once it started getting so big," Community Activist Liz Hanks said. "I just don't see how you can slice it any other way he thinks more black teachers equate to more students dropping out of school."

Henry posted a statement on Facebook saying, "…Any suggestion that I said more black teachers leads to worse student outcomes is a flat-out lie and those spreading that lie should be ashamed of themselves. I am proud that our school district has placed an emphasis on hiring diverse teachers and that we exceed in doing so." 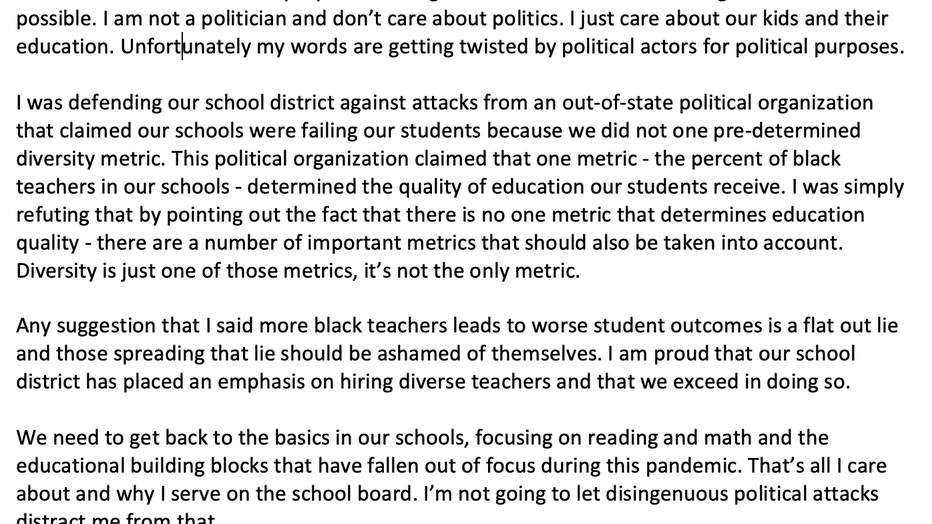