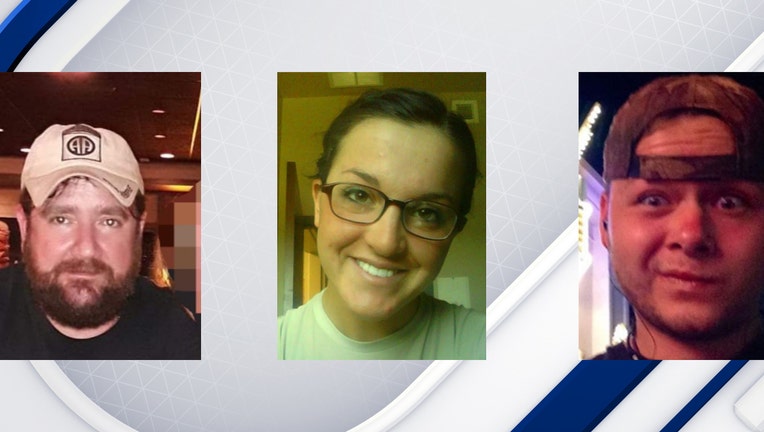 PHOENIX - Officials with the Chino Valley Police Department say they are looking for three people who were last seen on Tuesday.

According to a statement released on the department's unverified Facebook page, Chino Valley Police officers took a missing persons report at around 6:00 p.m. on April 21.

Batten, according to police, is the stepfather of Landry, and Mincks is Landry's boyfriend.

When officers returned to Batten's home on Wednesday, they discovered evidence indicating foul play, and a criminal investigation is now underway.

Chino Valley Police officials are asking people to not approach the three if they see them, and call 911 instead. People can also call Yavapai County Silent Witness at 1-800-932-3232 to leave an anonymous tip.

Police officials are also asking the public to not share information that did not come directly from law enforcement, as they have been notified of information circulating on social media regarding the investigation

"By sharing unsubstantiated information, it may hinder a law enforcement investigation," a portion of the post read.