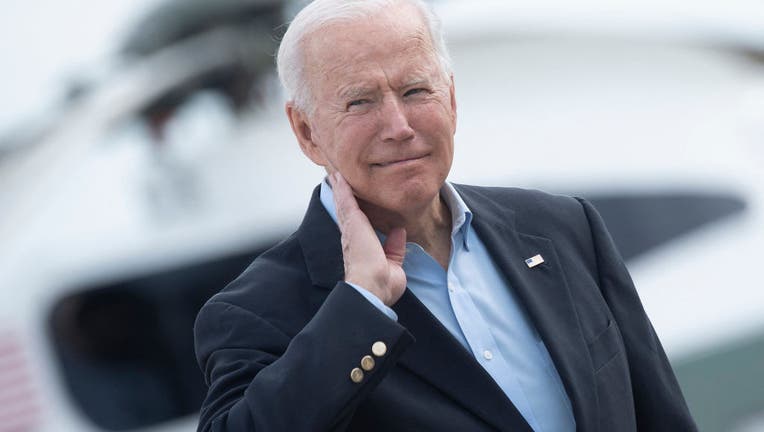 US President Joe Biden wipes his neck after a cicada landed on him while boarding Air Force One at Andrews Air Force Base, before departing for the UK and Europe to attend a series of summits on June 9, 2021, in Maryland. - President Biden departed W

WASHINGTON - Reporters traveling to the United Kingdom for President Joe Biden’s first overseas trip were delayed seven hours after their chartered plane was overrun by cicadas.

The Washington, D.C. area is among the many parts of the country that have been swarmed by Brood X cicadas, a large emergence of the loud 17-year insects that take to dive-bombing onto moving vehicles and unsuspecting passersby.

Even Biden wasn’t spared. The president brushed a cicada from the back of his neck as he chatted with his Air Force greeter after arriving at Joint Base Andrews for Wednesday’s flight.

"Watch out for the cicadas," Biden then told reporters. "I just got one. It got me."

It was unclear how cicadas disrupted the mechanics of the press plane. Weather and crew rest issues also contributed to the flight delay late Tuesday. Ultimately, the plane was swapped for another one, and the flight took off shortly after 4 a.m. on Wednesday.

Watch FOX 35 News for the latest news in politics.