The culprit? Cool pavement coating, the product meant to help neighborhood streets cool down a bit during summer months reacted to the rain, says the City of Phoenix Transportation Department.

Residents of the Fairview neighborhood west of Downtown Phoenix were dismayed at what the rain did to the cool pavement the city just reapplied in November.

"It looked like mud," said Jenny Millinger, a resident of the neighborhood. "We walked out and the street had bubbles and it looked a little bit like a streak of mud had been dragged down to the center of the street."

Cynthia Adams, another resident, said, "This was a mess that we woke up to. "

The city of Phoenix is doing what it can to clean up the mess.

It has an explanation as to what happened, saying, this summer, the city applied a coat of cool pavement in several Phoenix neighborhoods including Fairview. Last month, it was reapplied in Fairview, but used a different seal coat product. 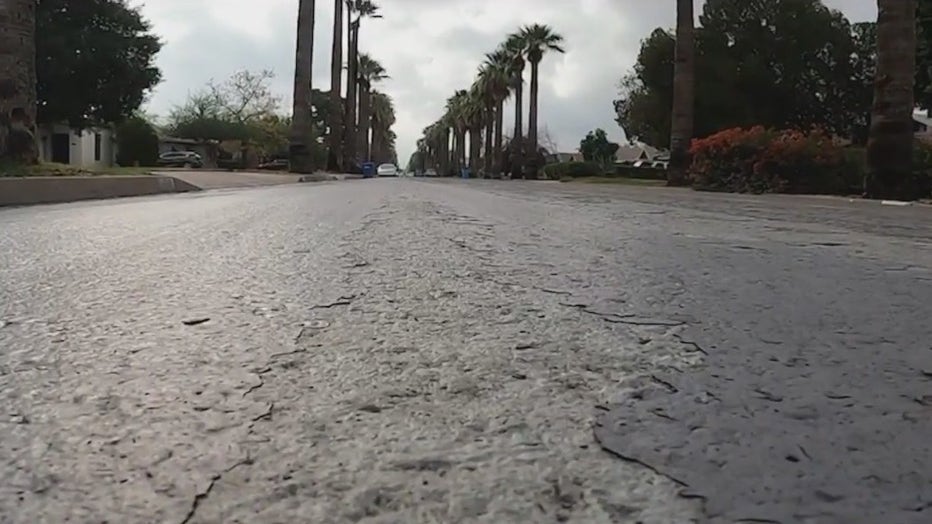 City of Phoenix cool pavement messes up road during winter storm. The seal on the pavement didn't mix well with all the rain the neighborhood received

The city says the mixture of the two different products and the rain caused the coating to peel away from the road.

"It almost looked like muddy water was running through the sides of the street, then we looked this morning and the pavement is gone," said resident Ben Massouras.

The cool pavement coating is touted as a way to reflect the sun and keep Valley neighborhoods several degrees cooler in the hot summer months. Since 2020, it’s been applied to more than 70 miles of Phoenix neighborhood streets.

This reaction to the rain on this one street, so far, has dampened some neighbors' view of the project but not all.

"It should be fixed and maybe regular pavement would be better than the cooling pavement because it doesn't like the rain," Massouras said.

Millinger agrees, saying, "It is an experiment, and honestly I'm happy that they're trying it in our neighborhood because we do have a lot of concrete around here and not a lot of old-growth trees. So this will really help us in the long run once they figure it out. "

From a neighborhood in south Phoenix a year ago to another one in north Phoenix in 2020, the city’s "Cool Pavement" program is rolling along.