The Black Lives Matter mural is painted on Fifth Avenue directly in front of the Trump Tower.

NEW YORK - The NYPD is investigating the vandalism of the Black Lives Matter mural painted last week outside Trump Tower.

Just after Noon Monday, a man threw red paint on the large, yellow letters, on Fifth Avenue in Midtown. Video of the incident shared by police Tuesday shows the man dropping the paint can and running off along West 56th Street.

The mural between West 56th Steet and West 57th Street was painted over the course of five hours on Thursday with the help of dozens of people including Mayor Bill de Blasio, First Lady Chirlane McCray and the Rev. Al Sharpton.

President Donald Trump has slammed the idea on Twitter, calling the mural a “symbol of hate.”

De Blasio said he is committed to creating Black Lives Matter murals in each of New York City’s five boroughs.

The man responsible for the criminal mischief was wearing a dark baseball cap, dark short sleeve shirt and dark shorts. 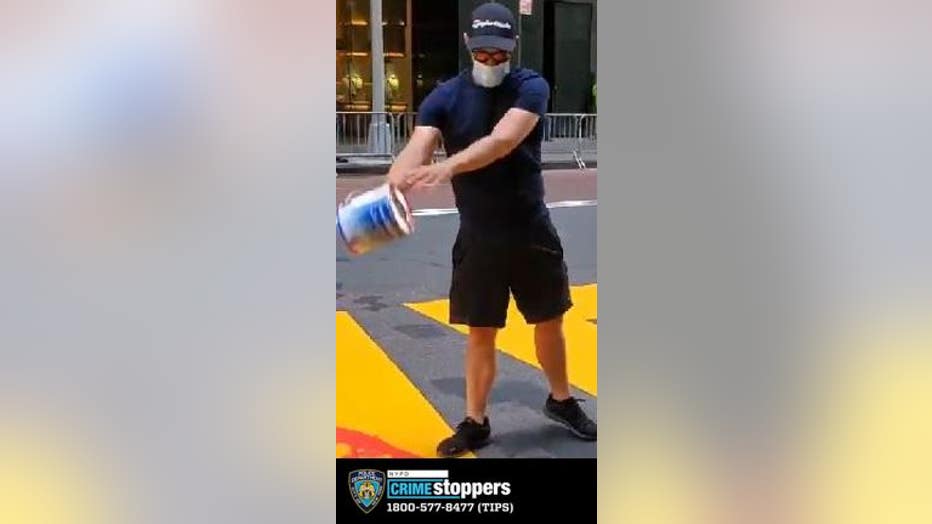 A man threw red paint on the large, yellow letters, on Fifth Avenue in Midtown. The man is seen on video dropping the paint can and then running off on West 56th Street, according to police. 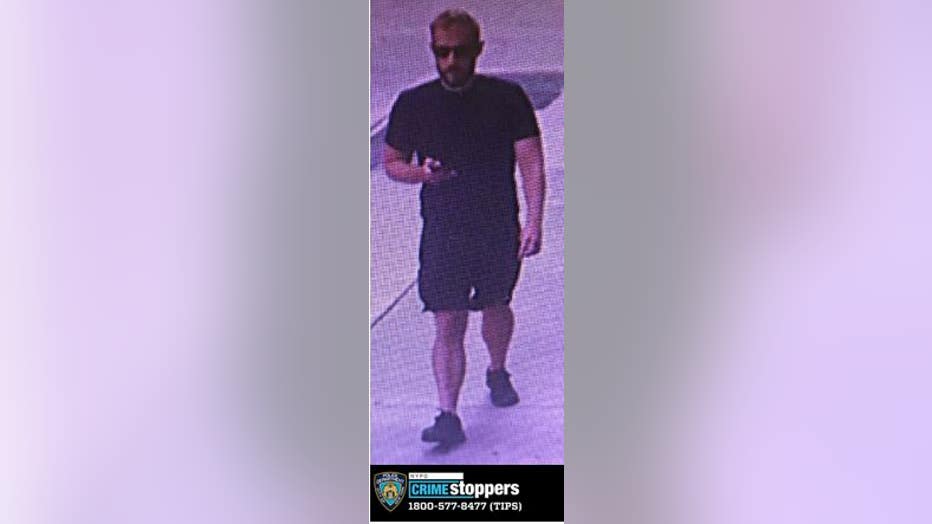 If you recognize the suspect from the video or photos, contact the NYPD Crime Stoppers Hotline at 1-800-577-TIPS (8477).  You can also submit tips by logging onto the CrimeStoppers website at WWW.NYPDCRIMESTOPPERS.COM, on Twitter @NYPDTips.

All calls are strictly confidential.