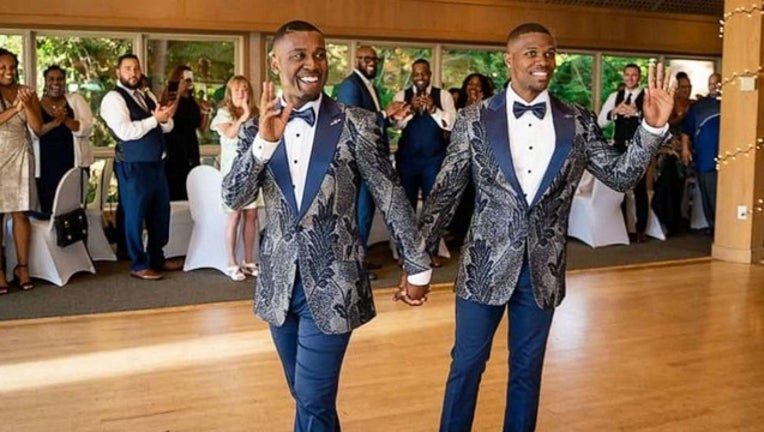 A newlywed couple has set the dance floor — and the internet — on fire with their amazing viral choreographed flash mob.

Isaiah and Taylor Green-Jones got married in Portland, Ore., on Aug. 4. The pair, who have been together for six years, hatched the idea for a flash mob as a way to get the crowd going at the reception.

"Everyone was surprised at the wedding. No one knew, so there was a lot of cheering, a lot of yelling. It was great," Isaiah, 29, said to WSB-TV2. 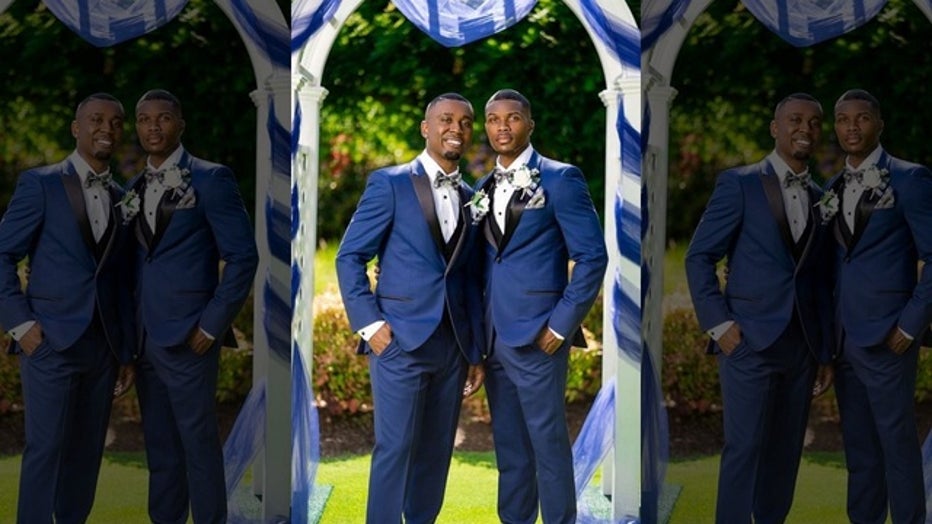 The pair, who have been together for six years, hatched the flash mob dance plan as a way to get the crowd going at the reception. (Deron Patterson/Supreme Optics Photography)

The group reportedly rehearsed for a month before the wedding and managed to keep it a secret the entire time.

The nearly three-minute performance, which included four song changes, began with the grooms showing off their impressive moves to Beyonce's "Before I Let Go" in their matching tuxedos. Soon afterward, a group of 10 friends who had been recruited for the flash mob dance got onto the stage.

The now-viral video has been praised online for how fun and "full of energy" the dance was.

"This looks like the most magical, amazing time!" one wrote.

"That was epic!! And so flipping cute!!!" another shared.

"This is everything," a commenter wrote.

"Don't know yall but I wish I did, cuz clearly ya living your best life," one person wrote.

"Full of energy. Congratulations to the blessed couple," one person commented on the Facebook video.

Isaiah acknowledged the flood of encouraging words the couple received since the video was shared.

"Online, there was a lot of support. I think people felt inspired… because this video showed a little piece of light in the midst of a lot of negative energy out there," said Isaiah to WSB-TV2.