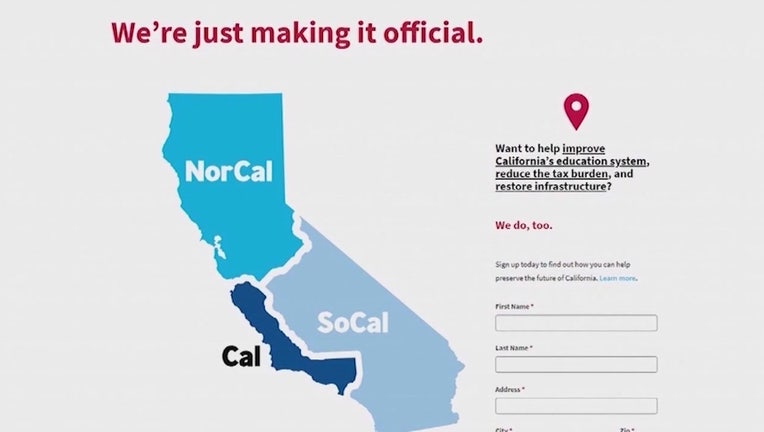 (FOX 11 / AP) - The California Supreme Court has blocked a measure that would divide the state in three from appearing on the November ballot.

The justices on Wednesday ordered the secretary of state not to put the initiative before voters, saying significant questions have been raised about its validity.

The court will now consider the merits of a challenge brought by the Planning and Conservation League. The environmental group argues that dividing the nation's most populous state in three would drastically change California's government structure beyond what can be accomplished through a ballot initiative.

Venture capitalist Tim Draper is funding the measure and has said it would be inappropriate for the court to block it from the ballot.

The initiative could appear in the future if the court ultimately rules in its favor.