The man, who is noted to have mental problems, is accused of shooting a federal officer.

PHOENIX - Days after a shooting outside the Sandra Day O'Connor federal courthouse in Downtown Phoenix that left a security officer injured, a man arrested in connection with the shooting has made his first court appearance.

According to court documents released on Sept. 16, the suspect, identified as James Lee Carr, is accused of assault on a federal officer using a dangerous or deadly weapon, and well as discharging a firearm during and in relation to a crime of violence, both federal offenses.

Investigators say the security officer, who was not named in the documents but was identified as a contractor deputized by the United States Marshals Service, was on duty at the courthouse during the morning hours of Sept. 15 when he heard someone say "hey."

"When Victim 1 looked up, Victim 1 observed a Black male wearing a full-brimmed hat, driving a silver Cadillac sedan westbound on Washington Street on the north side of the courthouse," read a portion of the court documents. "At that point, the driver opened fire with a handgun from the vehicle, firing approximately three rounds and striking Victim 1 with at least one round on the right side of his chest area."

"I heard the first two shots. I assume they were gunshots and I started walking. I heard the rest of the shots for five, after that, a total of six or seven," said Allonzo Garza, who was in the area when the shooting happened.

Investigators say the security officer was wearing body armor at the time. After the shooting, the officer returned fire, shooting about eight rounds. The car later fled the scene. 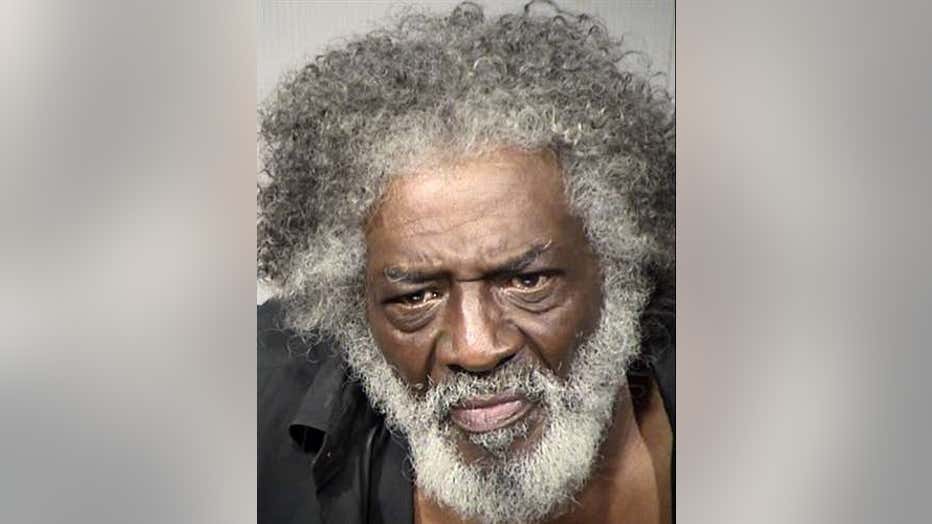 Officials say, in the documents, that Carr later called his brother Lonnie, confessing to his role in the shooting and said he was at a park near 11th Street and Van Buren. Lonnie later called Carr's son, Buford, and Carr's ex-wife, Donna Gonzalez.

"After receiving the calls from Lonnie, Buford and Donna went to look for James [Carr]," read a portion of the court documents.

"I was afraid that he would do something stupid and get himself killed or shot and it would be a gun battle. I didn’t want my son to see that. I went over there and talked him into giving up the guns and give himself up," said Gonzalez, in a phone interview with FOX 10's Matt Galka on Sept. 16.

Carr, according to investigators, was found at the park, wearing a full suit, dress shoes, a fedora hat, with a revolver and a rifle next to him. According to Buford, Carr told him that he had snapped and shot a security guard because the guard was harassing him.

James, according to investigators, was arrested during the afternoon hours of Sept. 15, after his ex-wife called 911. During the arrest, the arresting officer heard Carr saying something about blowing something up. Bomb technicians later had to clear the car Carr was driving.

"It was scary but things seem to be under control. There were enough police that there was a peace of mind," said a person who witnessed Carr's arrest. The person did not want to be identified.

James Lee Carr is accused of assaulting a federal officer on September 15.

Carr, 68, reportedly has mental health issues, according to various sources.

"He’s always had a short temper, but I guess something bothered him," said Gonzales. "Something small, and he made something big about it and let it fester for days and days and days. For all I know, this guard could’ve harassed him six months ago. I don’t know. He let something fester and blew up because he doesn’t know this guard and didn’t have any interaction with him that I know of."

On Sept. 17, Carr's attorney talked about his client's mental state.

According to Carr's attorney, Carr is on anti-psychotic, anti-anxiety and bipolar medication, is having trouble with hallucinations and having conversations with him.

Carr's attorney said nothing about Carr being part of any anti-police movement, amidst accusation of ties between Carr and the Black Lives Matter movement.

The accusations came after a tweet by Phoenix City Councilmember Sal DiCiccio, who claimed that the shooting on Sept. 15 is somehow connected to Antifa and the Black Lives Matter movement, claiming the information comes from "credible law enforcement sources."

That tweet was re-tweeted by U.S. congressman Paul Gosar, who added his own thoughts.

"We cannot pretend that recent protests against police across the country are not having an impact. We ask Arizonans to condemn these calls for defunding the police."

DiCiccio has since defended his tweets.

"I feel comfortable and everything I’m saying, as a matter fact, I don’t only stand behind it. I firmly stand behind everything I say," said DiCiccio. "They need to be protected by us, the public. The Silent Majority needs to stand up and say 'I am with these police officers, and what’s happening is wrong.'"

In Phoenix, supporters of Black Lives Matter say they have never heard of Carr before this week, and the shooting has nothing to do with them.

"We have not had any violent acts committed against anyone in the name of Black Lives Matter," said Katt McKinney. "What we want is fairness. That’s it."

Federal courthouses have been flashpoints for recent violence.

In June, a federal security officer was shot and killed and his partner was wounded outside the federal courthouse in Oakland as they guarded the building during protests over racial injustice and police brutality. An Air Force sergeant was charged with the shooting, and prosecutors say he had ties to the far-right, anti-government "boogaloo" movement and used the protest as cover for the crime and his escape.

During demonstrations in Portland, Oregon, protesters and federal officers clashed at the federal courthouse, where people set fires and tossed fireworks and rocks, while federal authorities unleashed tear gas and made arrests.

FBI: Person in custody in connection with drive-by shooting outside federal courthouse in Downtown Phoenix

Authorities say a security officer has been wounded in a drive-by shooting outside the federal courthouse in downtown Phoenix.