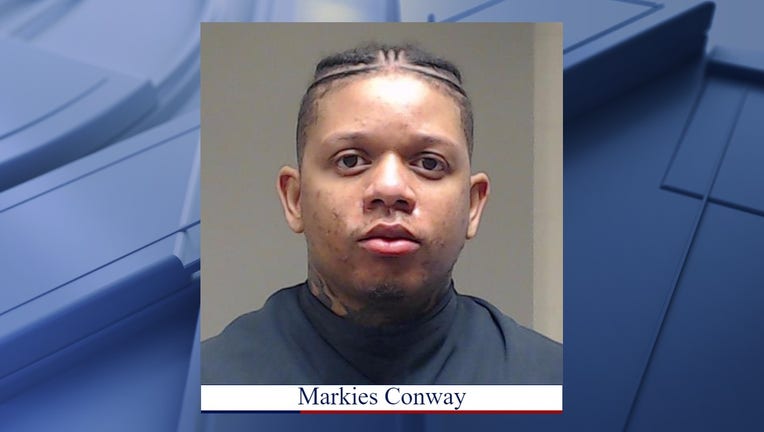 Markies Conway is being held on charges of endangering a child, unlawfully carrying a weapon, and an outstanding warrant for sexual assault.

Plano police said he on $50,000 bond for the sexual assault charge, and the the investigation by the Plano Police Crimes Against Persons Unit remains ongoing.

The 30-year-old was arrested Thursday, but no further details have been released at this time.