Video provided to FOX 10 by Andrew R. shows a wrong-way driver along U.S. 60 on Sunday.

NEAR PHOENIX - A wrong-way driving incident along a stretch of highway north of the Valley was captured by a dashcam.

FOX 10 obtained the video from Andrew R., who said he was driving along a stretch of U.S. 60 from Carefree towards Wickenburg when he spotted the driver.

DPS officials say the car involved was described as a white SUV, and it does not appear that contact was made with the vehicle. 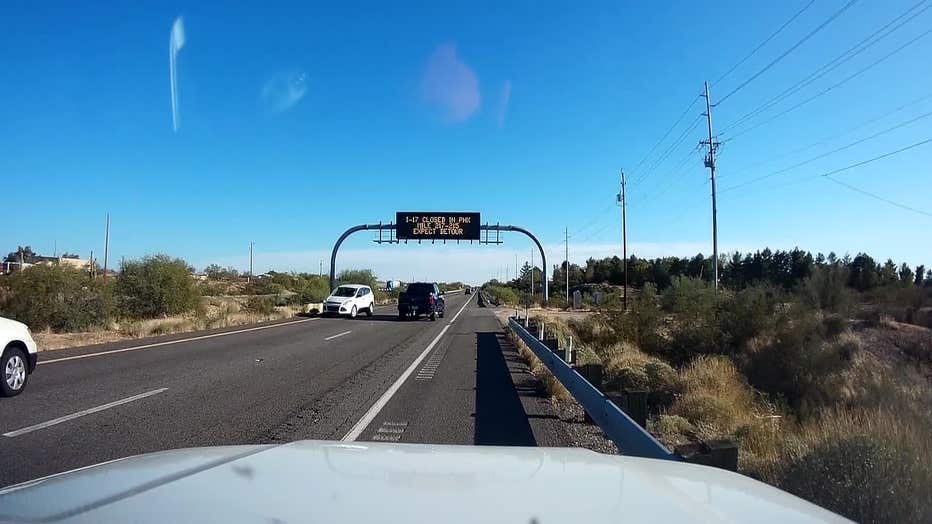