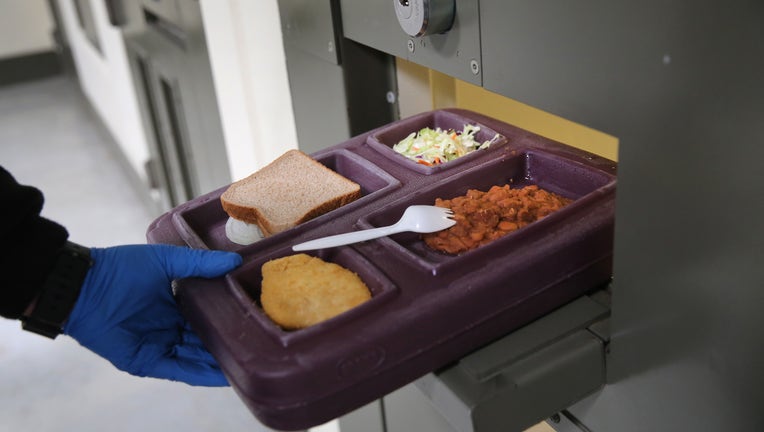 PHOENIX - With executions, like that of Clarence Dixon in Arizona on May 11, 2022, there is often interest in the last meal the condemned prisoner would eat before they met their fate.

While not all states offer condemned inmates last meals, in some of the states that do offer last meals, corrections officials would reveal a condemned inmate's final meal before their execution, as Georgia did when they executed a triple murderer in 2016. Arizona also has a list of last meal requests for prisoners executed from 1992 onwards.

Here's what you should know about last meals, and how it came to be a matter that attracts public attention.

How did the tradition of last meal came about?

According to a paper written by a faculty member at Mercer University School of Law in Georgia, the tradition of last meals "[stretch] back across centuries of United States history and before."

The paper states while most people believe the ritual of the last meal originated with the last meal of Jesus, the tradition can be traced back to a fear of ghosts in pre-Christian times.

"In Ancient Greece, you had to feed the person who was going to be executed, so that they could cross the River Styx into the underworld, and not come back as a hungry ghost," a portion of the paper read.

Over the course of human history, the tradition of last meal evolved.

"The Puritans of Massachusetts once held grand feasts for the condemned, believing it emulated the Last Supper of Christ, representing a communal atonement for the community and the prisoner," read a portion of the paper.

What are the rules when it comes to last meals?

In the U.S., different states have different regulations regarding executions.

In Arizona, state procedures on executions state that an inmate can request a last meal by completing a form, and return it no later than 14 days prior to the execution.

"Reasonable effort shall be made to accommodate the request," the procedures state.

In Florida, last meals are limit to $40, and must be purchased locally.

Some states don't allow special last meals at all. In Texas, the practice of last meals ended, according to the Associated Press, following an execution in 2011. The condemned inmate, identified as Lawrence Russell Brewer, reportedly requested a large meal that included two chicken fried steaks, a triple-meat bacon cheeseburger, fried okra, a pound of barbecue, three fajitas, a meat lover’s pizza, a pint of ice cream and a slab of peanut butter fudge with crushed peanuts, but did not eat any of it.

"Mr. Byrd didn’t get to choose his last meal. The whole deal is so illogical," wrote Texas State Senator John Whitmire, in 2011, according to an AP article published by the Boston Globe. The "Mr. Byrd" State Sen. Whitmire was referring to is James Byrd Jr., a man who was killed by Brewer in a hate crime in 1998.

What do condemned inmates order for their last meal?

Last meals requested by inmates cover lots of cuisines, and can either be extensive, as mentioned above, or sparse.

Timothy McVeigh, the man sentenced to death for his role in the 1995 Oklahoma City bombing, reportedly requested two pints of mint chocolate chip ice cream as his last meal. Ted Bundy, according to a 1990 article on last meals that was published on Deseret News, did not request a final meal, but was given steak and eggs, potatoes and pie.

Other less-than-conventional last meal requests, according to the article that was published on Deseret News, include a dozen raw oysters and ‘one pound of popcorn shrimp, one pound of medium-size shrimp, a pound of jumbo shrimp battered and fried, a loaf of garlic bread, french fries, pecan pie, pecan ice cream and iced tea.’

There are also published cookbooks that include recipes of last meals, as requested by inmates.

Does the condemned inmate actually eat the meal?

There's little information on just how many death row inmates eat their last meal, but there are a number of well-documented instances where an inmate refused to eat the last meal that was offered to them.

Besides the case in Texas that is mentioned above, Bundy also refused to eat the last meal that was offered to him.

According to the paper written by a faculty member at Mercer University School of Law, there may be biological reasons for declining a last meal

"At a certain rational level, declination of the last meal makes sense since – unless there is a late, unexpected pardon – there is no biological need for energy," read a portion of the paper.

The paper also states that in some instances, the condemned inmate may simply be too terrified to take a bite.

"Many accounts of those preparing meals for or sharing time with a prisoner before his execution explain that appetites have long left many men facing death," read a portion of the paper.

Why are we so fascinated with last meals?

According to an article published by BBC News in 2011, the ritual of a last meal offers Americans "poignant human connection to the people they have decided should die for their crimes," citing scholars and legal analysts.

In the same article, a capital punishment law expert who taught at Fordham University School of law said the ritual of the last meal captures the public's attention, because "the activity of sitting down for dinner is one Americans with no experience of prison life can relate to."

"It brings us back to the fact that this is a human being who will not be having any more dinners like we do," said Deborah Denno, in the BBC News article.