A Dallas firefighter was hurt after part of a building collapsed on him as he was fighting a fire.

DALLAS - A Dallas firefighter was hurt after part of a building collapsed on him as he was fighting a fire.

When firefighters arrived, they spotted heavy flames coming from the back of the building. The roof collapsed soon after. 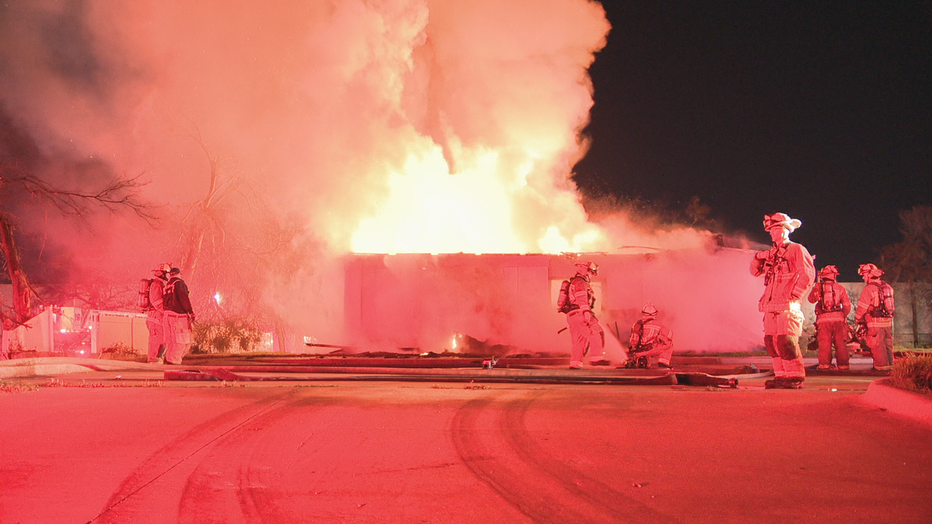 One firefighter was hit by falling debris and taken to the hospital.

A FOX 4 viewer captured the moment the debris fell outside the building. The injured firefighter can be seen crawling away.

Dallas Fire-Rescue said he has burns and back injuries but is expected to be okay.

DFR is looking into matters surrounding the incident.

A retired fire lieutenant said the firefighter is lucky to be alive.

“No matter how much you prepare for a situation, the unexpected can happen in an instant,” said Joel Lavender, retired lieutenant with Dallas Fire-Rescue.

After watching the video, Lavender said the firefighter is fortunate it wasn't worse.

“You run through that fight or flight syndrome where you've got to flight, you've got to move, and you've got to make a decision right now,” he explained. “He's moving. He's basically trying to self-survive. That's important.”

Moments after part of the burning wall and roof fell on him, fellow firefighters come to his aide and began assessing his injuries.

“Every apparatus has a paramedic on it, assigned to it. So you do actually have that treatment element and component for situations just like this,” Lavender added.

DFR will be investigating this, likely including field communication among the crew.

“I don't know what the orders were, so it wouldn't be fair to second guess the situation,” Lavender said. “Hopefully, this video can be used for training and to help other firefighters to know what to look for at a fire scene and how to protect themselves.”

DFR has not released the name of the firefighter or said how long he's been with the department.

The owner of a neighboring business thanked that firefighter and the others for their brave efforts.

"We've seen a lot going on here with a few months ago the tornadoes that came through and things. It was like a war zone. And now you see this and you think about these people who are working these areas and thinking just prayers really to make sure that they're gonna be alright," Sam Torrez said. 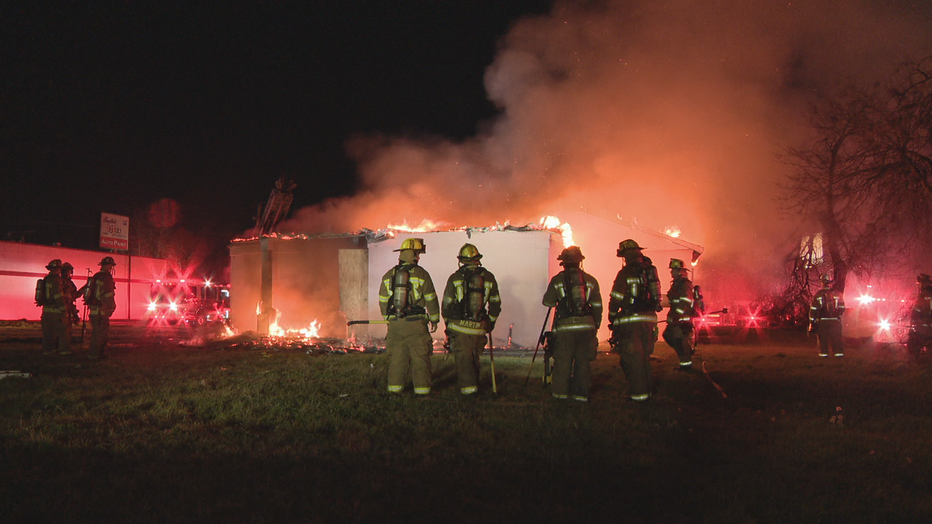 Since the building was unstable, firefighters decided to battle the flames from the outside, spraying water from above.

Investigators are still trying to figure out the cause of the fire. They said it’s possible it was sparked by someone who was inside trying to stay warm. 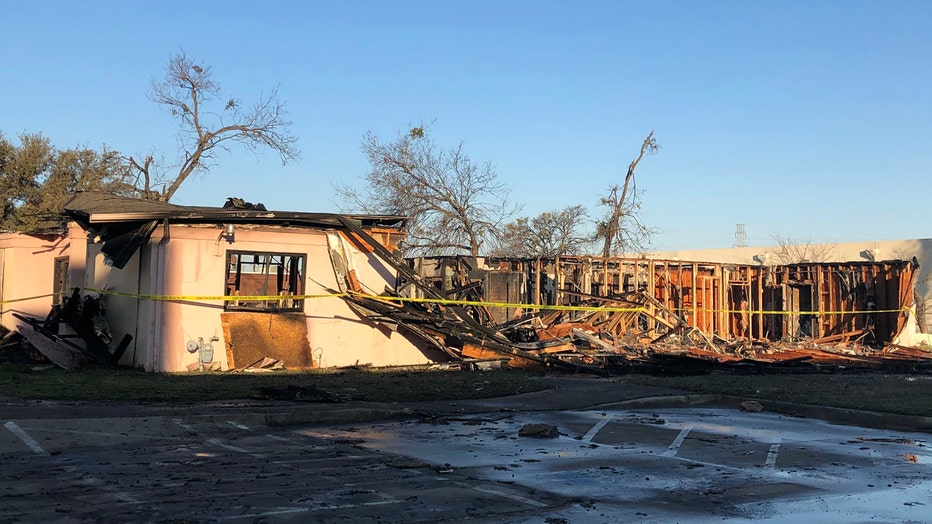