What we know about the 2020 Commitment March in D.C.

The event is planned on the 57th anniversary of Rev. Martin Luther King, Jr.'s March on Washington in 1963.

WASHINGTON - Details were announced Tuesday for a planned August march on Washington, D.C. for criminal justice reform, an event that will be attended by Rev. Al Sharpton and Martin Luther King III, among others.

Dubbed “The Commitment March: Get Your Knee Off Our Necks,” the Aug. 28 event will also be attended by civil rights attorney Benjamin Crump, who is representing the family of George Floyd, as well as the families of police brutality victims. 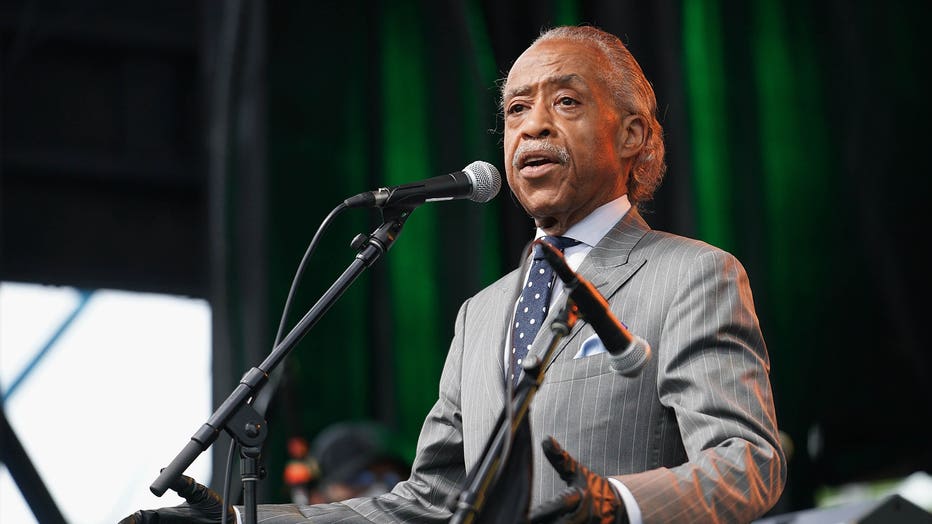 Rev. Al Sharpton speaks during the Juneteenth celebration in the Greenwood District on June 19, 2020 in Tulsa, Oklahoma. (Photo by Michael B. Thomas/Getty Images)

The event, organized by the National Action Network, will coincide with the 57th anniversary of Rev. Martin Luther King, Jr.’s March on Washington, where he delivered his historic “I Have A Dream” speech in 1963.

Speakers will include the families of George Floyd, Breonna Taylor, Eric Garner and others who will speak on the loss of Black lives at the hands of police. The families will also advocate for issues related to criminal justice reform, voter protection and more.

“This March on Washington shows our commitment to fighting for the oppressed, the marginalized, the neglected people of this country,” Sharpton said in a statement. “We are tired of the mistreatment and the violence that we, as Black Americans, have been subjected to for hundreds of years. Like those who marched before us, we are standing up and telling the police, telling lawmakers, telling the people and systems that have kept us down for years, ‘get your knee off our necks.’”

Sharpton first announced the march in June while delivering remarks at a memorial service for Floyd, an unarmed black man who died after Derek Chauvin, a Minneapolis police officer, knelt on his neck for several minutes.

RELATED: ‘Get your knee off our necks’: Rev. Al Sharpton delivers powerful eulogy for George Floyd

Protesters and activists will gather at Lincoln Circle to hear the day’s programming, which is scheduled to begin at 11 a.m. ET. The march will begin at 1 p.m. at the Lincoln Memorial and continue about a half mile to the Martin Luther King, Jr. Memorial.

“We are in the midst of the largest civil and human rights movement in history. Now is the time and this is the generation that can realize the dream my father spoke of 57 years ago,” said Martin Luther King III. “Black Americans are still bearing the same hardships my father worked to eradicate, and the only way we can hope to see the future he dreamt of is by continuing the peaceful and radical work he began years ago.”

Registration for the march is now open, which states that attendees will be required to wear a mask during the event. An estimated 100,000 are expected to attend, according to the Washington Post.

Though still six weeks away, the announcement comes at a time when the U.S. is grappling with coronavirus cases spiking and the death toll mounting in states across the country.

Protests first erupted in late May and early June after widely-seen bystander video showed Floyd’s final moments on the ground, sparking widespread condemnation and outrage over racial injustice. Public health officials initially raised concern that protests could be a “seeding event” for additional infections, with demonstrators gathered in large groups and shouting. Centers for Disease Control and Prevention Director Robert Redfield urged participants to get tested.

RELATED: US grapples with COVID-19 pandemic as WHO warns 'no return to normal'

Public health experts later said there was little evidence that the Floyd protests caused a significant increase in U.S. coronavirus infections. A team of economists said jumps in cases would have started to become apparent within two weeks — and perhaps as early as five days. But that didn’t happen in many cities with the largest protests, including New York, Chicago, Minneapolis, and Washington, D.C.

The CDC issued guidance in June amid the mass protests, planned campaign rallies and a push to reopen businesses, including a recommendation that organizers of large events “strongly encourage” the use of cloth face coverings — especially when attendees might be shouting, chanting or singing.

“To protect your health and the health of others, in compliance with COVID-19 Washington, DC Health Guidance for Conservation of Personal Protective Equipment, you are required to wear a PPE mask in public in Washington, DC,” the event’s registration page reads.