MINNEAPOLIS - Rev. Al Sharpton said the story of George Floyd has been the story of black people in America for decades.

The 65-year-old civil rights activist delivered a powerful eulogy during a memorial for Floyd Thursday in Minneapolis, in which he metaphorically compared racial inequalities in the country to having a “knee on our neck.”

“George Floyd’s story has been the story of black folks, because ever since 401 years ago, the reason we could never be who we wanted and dreamed of being, is you kept your knee on our neck,” Sharpton said. 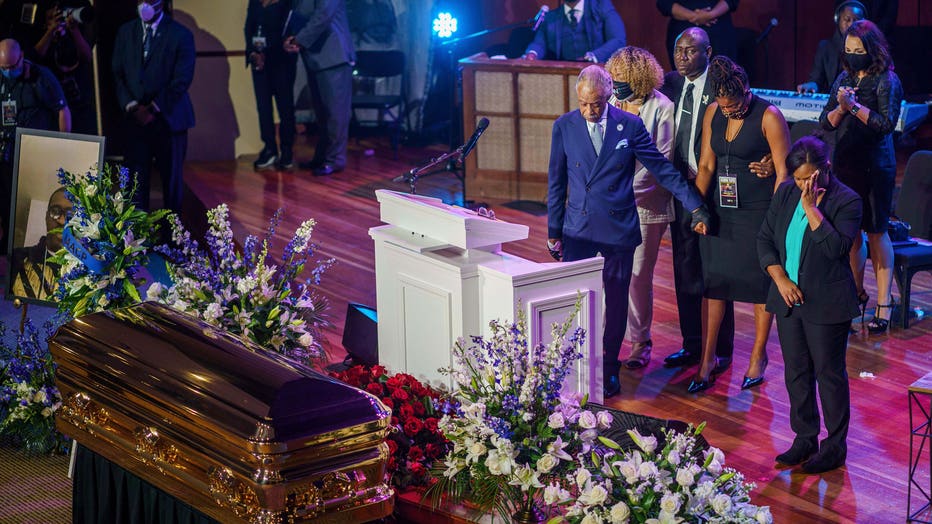 The service was attended by celebrities, civil rights activists, politicians and family members to both celebrate his life and mourn a man whose death at the hands of police has sparked protests nationwide and calls for an end to racial injustice.

Between relatives, the attorney representing his family and Sharpton, attendees and viewers across the country heard the meaning Floyd had in life to his large family and the broader meaning he has assumed in death.

Sharpton said Floyd should “not be among the deceased.”

“He did not die of common health conditions. He died of a common American criminal justice malfunction,“ he said. “What happened to Floyd, happens every day in this country.”

Sharpton called for all Americans to continue the fight for racial equality that began hundreds of years ago.

“Just like in one era we had to fight slavery, another era we had to fight Jim Crow, another era we dealt with voting rights, this is the era to deal with policing and criminal justice,” Sharpton said. “We need to go back to Washington and stand up. Black, white, Latino, Arab, in the shadows of Lincoln, and tell them this is the time to stop this.” 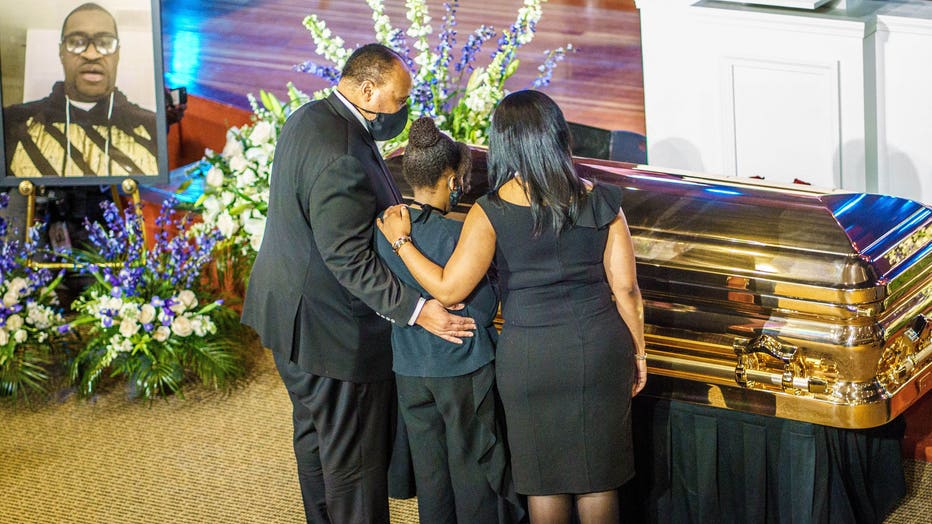 He also took a jab at President Donald Trump’s photo op in front of St. John’s Church, saying, "I saw a man holding a Bible in front of a church. I've never seen anyone hold a Bible like that."

“We cannot use Bibles as a prop,” Sharpton told the crowd. “And for those who have agendas that are not about justice, this family will not let you use George as a prop."

Sharpton said he was surprised to learn Floyd’s mother had died in 2018, because he had called out to her while being pinned to the ground by a Minneapolis police officer.

“Maybe she was stretching out her hands out, saying c’mon George,” he told mourners. 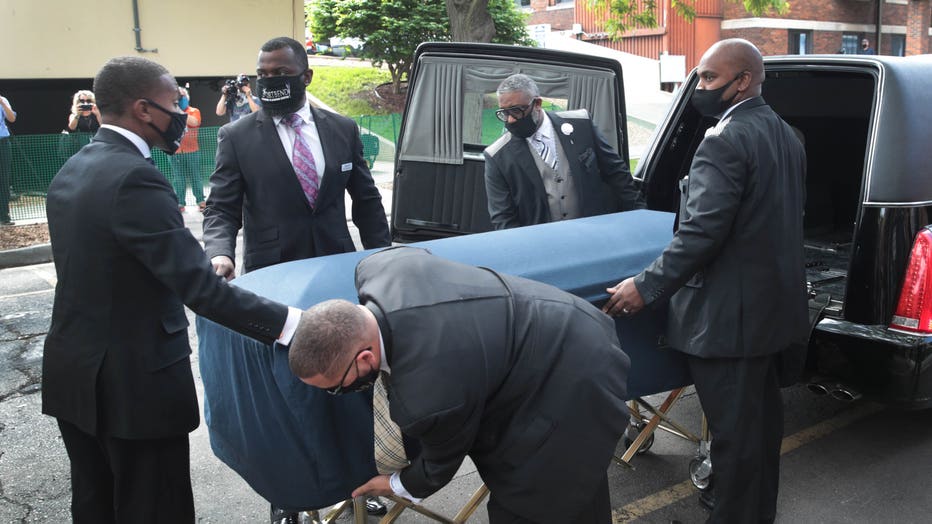 The remains of George Floyd arrive at North Central University for a memorial service on June 4, 2020 in Minneapolis, Minnesota. (Photo by Scott Olson/Getty Images)

In one of the most poignant moments of the service, Sharpton asked attendees to stand in silence for 8 minutes and 46 seconds — the amount of time an officer was seen kneeling on Floyd’s neck before his death.

Other speakers at the service, which was closed to the public, included Floyd’s relatives and family attorney Ben Crump.

Floyd’s brother, Philonise, reminisced on his childhood with his brother, playing football and making banana mayonnaise sandwiches. He said it was amazing to see how many people his brother had touched.