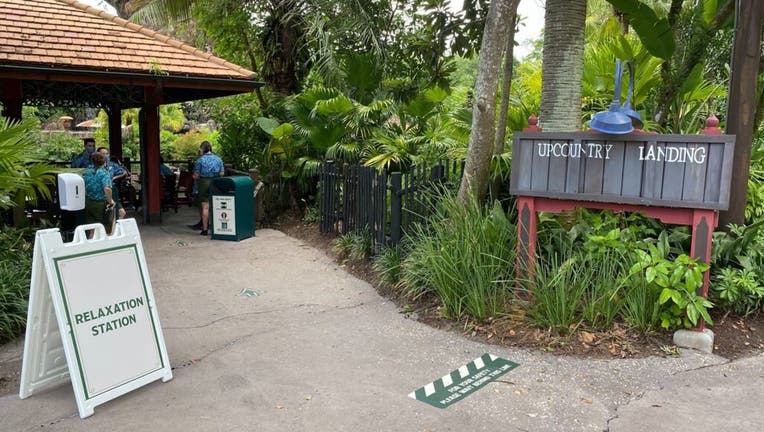 An image of the relaxation station at Upcountry Landing in Animal Kingdom. (WDW News Today)

ORLANDO, Fla. - There’s no need to ask to remove your mask.

After a four-month closure amid the coronavirus health crisis, Magic Kingdom and Animal Kingdom welcomed visitors once again on Saturday as the Orlando, Fla., theme park began its phased reopening.

While Disney World has doubled down with enhanced health and safety measures to protect parkgoers and employees upon reopening amid the ongoing outbreak, the most magical place on Earth has allegedly added some specific spaces known as “relaxation zones,” where guests can remove their face masks.

“Within these designated spaces, guests can remove their masks and enjoy some downtime while spaced 10 feet apart from other parties inside the relaxation zone,” WDW News Today reports. 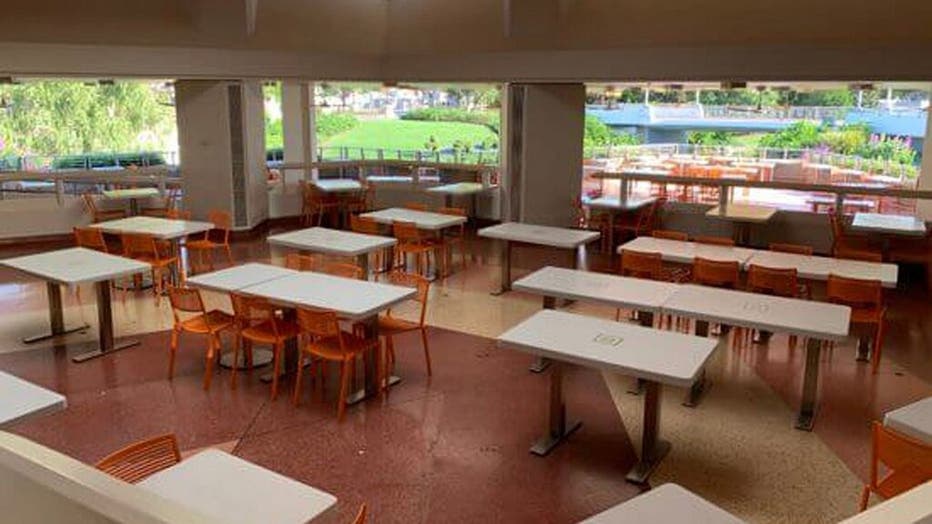 An image of the relaxation station at Tomorrowland Terrace in Tomorrowland, Magic Kingdom. (Inside the Magic)

Through Magic Kingdom, the fan site said that the relaxation zones can be found at Golden Oak Outpost in Frontierland, Tomorrowland Terrace in Tomorrowland and Pete’s Silly Sideshow in Fantasyland. As seen in images from Inside the Magic, the latter two spaces appear to be indoors. According to the blog, another zone is hosted near the edge of Frontierland and Adventureland.

Over in Animal Kingdom, the zones can be found at Pizzafari in Discovery Island and Upcountry Landing near UP! A Great Bird Adventure, per WDW News Today.

A spokesperson for Disney World confirmed the concept to the New York Post, explaining that “each park offers at least one indoor location with A/C” and that “there is physical distancing and a limited number of guests” allowed for entry. 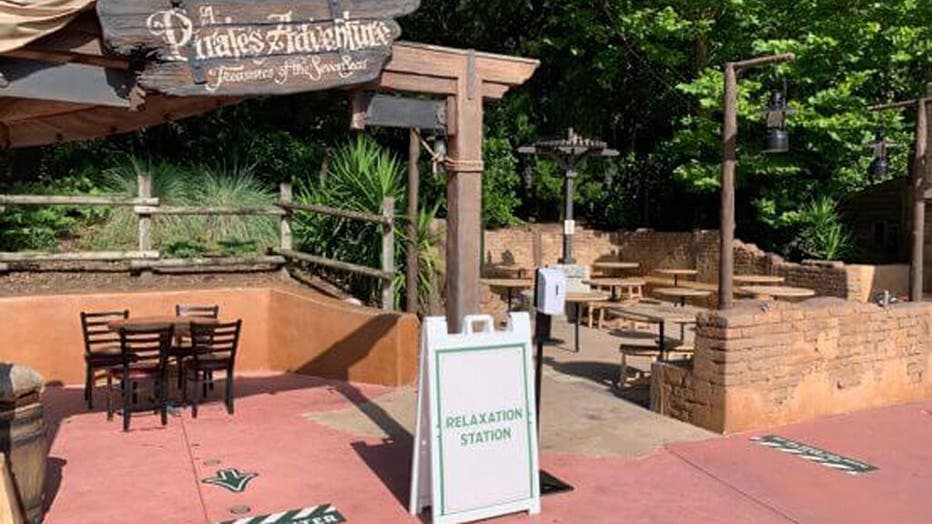 An image of a relaxation station near Frontierland and Adventureland, Magic Kingdom. (Inside the Magic)

Meanwhile, on social media, some Twitter users have blasted the relaxation zones as "ridiculous and irresponsible" as COVID-19 cases have surged in the Sunshine State.

According to guidance from Dr. Pamela Hymel, chief medical officer for Disney Parks’ Experiences and Products, face coverings are required for employees and guests over age 2 unless eating, drinking or swimming. The policy will be enforced across all parks and resorts.

Disney World’s Epcot and Hollywood Studios are set to reopen on Wednesday, July 15.

Florida has been experiencing spikes in positive coronavirus cases, with the state reporting its second-highest one-day rise in COVID-19 cases on Monday, at 12,624 new cases. The state had previously seen the highest single-day increase of nearly 15,300 cases reported Sunday.