The incident happened along the South Mountain Freeway in the West Valley. This was video taken by SkyFOX.

PHOENIX - Department of Public Safety officials say a part of the Loop 202 South Mountain Freeway will require extensive repairs after a truck crashed into a sign on the freeway during the morning of August 11.

On its verified Twitter page, DPS officials stated that the crash happened on the southbound lanes of Loop 202, near the Southern Avenue exit.

Video taken by SkyFOX shows the dump truck's raised bed that caused damage to the sign and the support structure.

"Well, we can add this to the list of 'this isn’t one we see everyday,'" DPS officials tweeted.

No one was injured and the dump truck was the only vehicle involved in the crash.

The driver's name was not released. 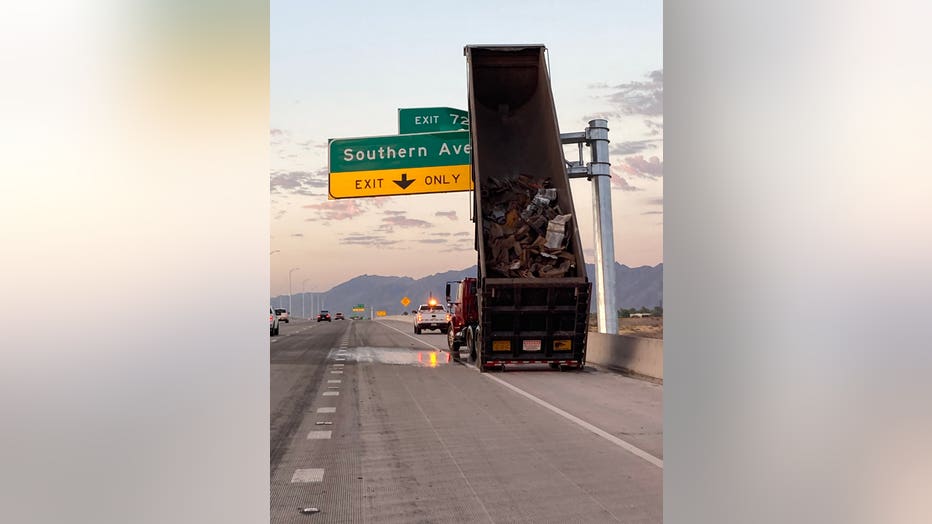 The truck hit a freeway sign along the Loop 202 South Mountain Freeway, near the Southern Avenue exit early on August 11.