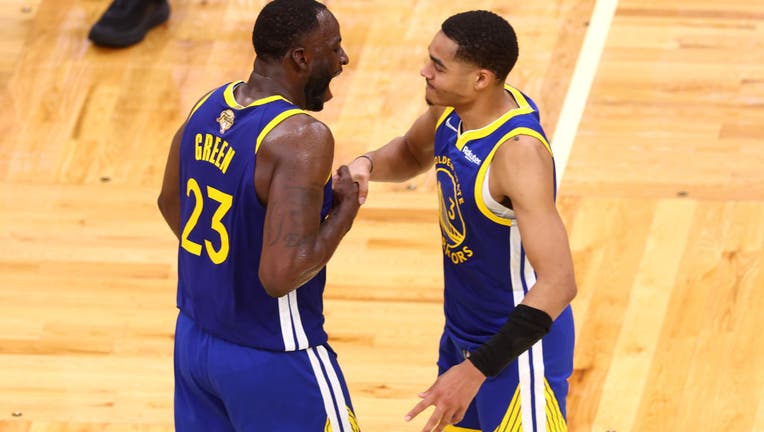 BOSTON, MASSACHUSETTS - JUNE 16: Jordan Poole #3 and Draymond Green #23 of the Golden State Warriors celebrate against the Boston Celtics during the fourth quarter in Game Six of the 2022 NBA Finals at TD Garden on June 16, 2022 in Boston, Massachuse

While Golden State is expected to hand down discipline to Green, he is not expected to miss any games over the punch.

"These things happen. Nobody likes it, we don't condone it, but it happens," Myers said, according to ESPN. "Draymond apologized to the team. Jordan was there in the room. ... As far as any suspension, punishment, fine, we will handle that internally." 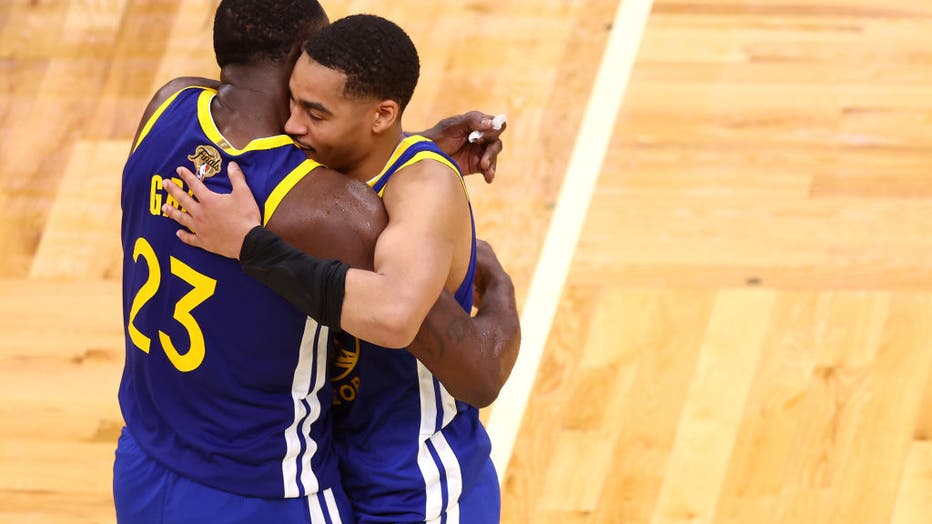 BOSTON, MASSACHUSETTS - JUNE 16: Jordan Poole #3 and Draymond Green #23 of the Golden State Warriors celebrate against the Boston Celtics during the fourth quarter in Game Six of the 2022 NBA Finals at TD Garden on June 16, 2022 in Boston, Massachuse

The altercation reportedly began with the two players trash-talking before Green got in Poole’s face, resulting in Green punching Poole.

"He will tell you he has been over that line but he always comes back," Myers said. "Nobody is saying they don't want him around ... but [Wednesday] was not a good moment. ... I don't think he likes putting himself in these spots. He is in one, but I think he'll find a way to earn the respect of his teammates and Jordan back."

Video of the altercation, obtained by TMZ Sports, shows Green throwing the punch.

There were reports that Poole’s attitude during training camp led to the altercation, a report that head coach Steve Kerr shot down.

WARRIORS’ KLAY THOMPSON TO SIT OUT PRESEASON GAMES IN JAPAN: ‘WE JUST WANT TO BE SAFE’

"There was a report that Jordan had an attitude in camp, and that could not be further from the truth," Kerr said. "He's been fantastic."

Green is the unquestioned leader of the Warriors, winning four championships in his 10 seasons in Golden State, including the 2022 NBA Championship.

Golden State opens the 2022-2023 season on October 18 against the Los Angeles Lakers.