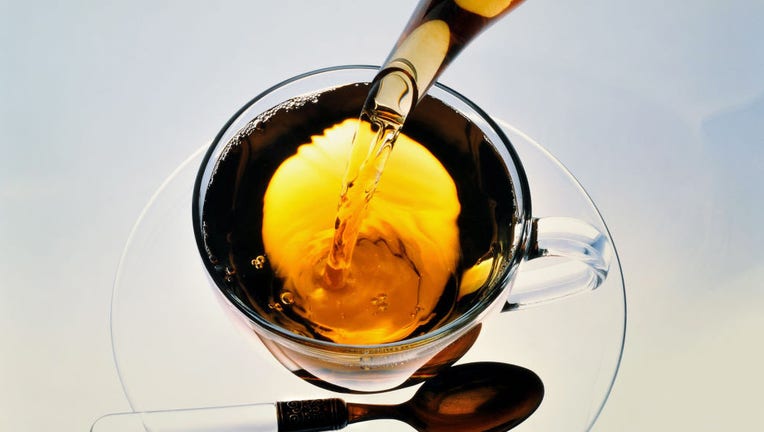 FILE - Tea is pictured being poured into a glass cup. (Photo by: Molteni Motta/Universal Images Group via Getty Images)

Time to put the kettle on. Those who regularly drink tea may enjoy certain health benefits, including the possibility of living longer, as compared to those who don’t, a large study suggests.

The study, led by researchers at the National Cancer Institute, part of the U.S. National Institutes of Health, followed half a million tea drinkers in the United Kingdom and focused on the potential benefits of drinking black tea — which is the most common type consumed in the country.

Tea has been consumed for thousands of centuries and has been shown to contain certain substances that reduce inflammation, among other potential benefits. Previous studies in China and Japan, where people commonly drink green tea, have linked a higher tea intake and a lower risk of death.

The newest study, published on Aug. 30 in the medical journal Annals of Internal Medicine, found black tea was also associated with a modestly lowered risk of death.

Scientists say coffee might be good for your bones

A recent study shows there may be a positive link between coffee consumption and bone health.

The study followed 498,043 men and women between the ages of 40 and 69 who participated in a large cohort study called the UK Biobank. The participants were followed for about 11 years, and death information came from a linked database from the UK National Health Service.

"These findings suggest that tea, even at higher levels of intake, can be part of a healthy diet," the researchers concluded.

A study like this, based on observing people’s habits and health, can’t prove cause and effect.

"Observational studies like this always raise the question: Is there something else about tea drinkers that makes them healthier?" Marion Nestle, a professor of food studies at New York University, told the Associated Press. "I like tea. It’s great to drink. But a cautious interpretation seems like a good idea."

"If you drink one cup a day already, I think that is good," she said. "And please enjoy your cup of tea."