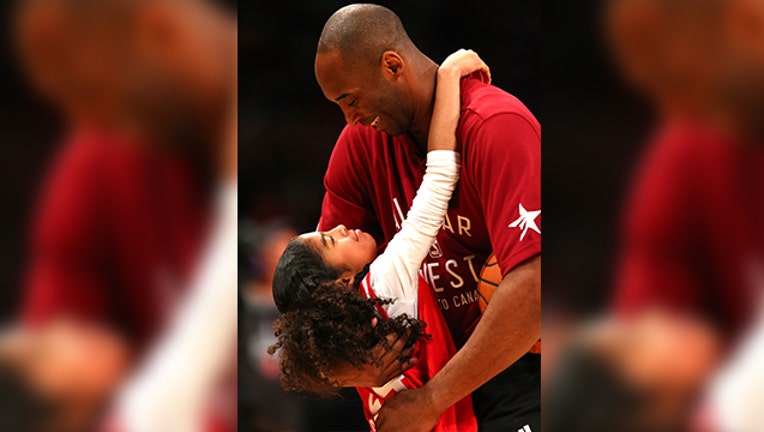 ESPN anchor Elle Duncan became visibly emotional during Monday's edition of "Sports Center," as she discussed her memory of the only time she met NBA legend Kobe Bryant.

Duncan recalled that she saw Bryant backstage at an event and tried getting a picture of him. As she approached, he asked her about her own pregnancy. When Duncan said she was having a girl, Bryant high-fived her. "Girls are the best," Bryant, who had four daughters, said.

Bryant, who had three daughters at the time, told Duncan to be grateful and that he would have five more girls if he could. "I am a girl dad," Bryant told Duncan.

"When it came to sports," Duncan said, "he said that his oldest daughter was an accomplished volleyball player and that the youngest was a toddler so TBD [to be determined], but that middle one, he said 'that middle one was a monster, she's a beast. She's better than I was at her age.'"

ELLEN DEGENERES DELIVERS TEARFUL TRIBUTE TO KOBE BRYANT: 'EVERYTHING CHANGED IN A SECOND'

Duncan was referring to 13-year-old Gianna Bryant, who died alongside her father in the Sunday morning helicopter crash.

"I suppose that the only small source of comfort for me is knowing that he died doing what he loved the most -- being a dad, being a girl dad," she said.

The video took off on social media, garnering thousands of retweets and likes. The hashtag #GirlDad also started trending on the social media platform.

"I’m so moved by the outpouring of support behind my story about Kobe," Duncan tweeted. "And I love that #girldad is trending.. so for all those proud fathers who still have their girls to love on can you flood my timeline with pics of you and your flock. Honestly I need it as much as anyone rt [right] now"