The after-action review will examine whether any employees engaged in misconduct during the course of the investigation and evaluate whether any improvements in FBI policies and procedures need to be made.

WASHINGTON (AP) - A former federal judge appointed to review the Justice Department’s motion to dismiss criminal charges against President Donald Trump’s former national security adviser Michael Flynn said there was evidence of a “gross abuse” of prosecutorial power and that the request should be denied.

Former U.S. District Judge John Gleeson said in a filing Wednesday that the government “has engaged in highly irregular conduct to benefit a political ally of the President.” He urged the judge handling the case to deny the motion and argued that Flynn had committed perjury.

Gleeson was appointed by U.S. District Judge Emmet Sullivan in a special role to weigh in on the case, but it will ultimately be up to Sullivan and potentially an appeals court whether to accept the Justice Department’s motion to drop the case. 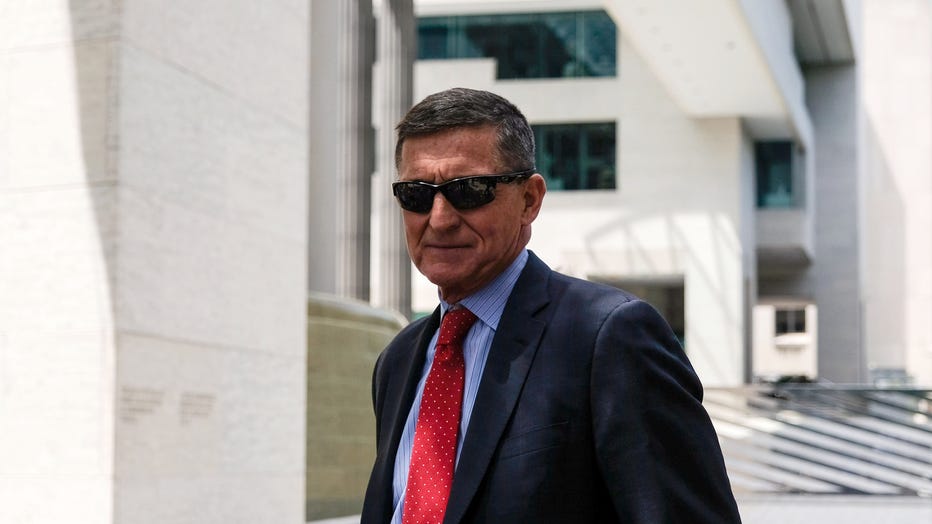 Flynn pleaded guilty, as part of special counsel Robert Mueller’s Russia investigation, to lying to the FBI about conversations with the Russian ambassador to the United States during the presidential transition period.

In January, Flynn filed court papers to withdraw his guilty plea, saying federal prosecutors had acted in “bad faith” and broken their end of the bargain when they sought prison time for him.

Initially, prosecutors said Flynn was entitled to avoid prison time because he had cooperated extensively with the government, but the relationship with the retired Army lieutenant general grew increasingly contentious in the months before he withdrew his plea, particularly after he hired a new set of lawyers who raised misconduct allegations against the government.

The report rejects Trump's claims that the intelligence community was biased against him when it concluded that Russia had interfered on his behalf in the election.

But the Justice Department filed a motion last month to dismiss the case, saying the FBI had insufficient basis to question Flynn in the first place and that statements he made during the interview were not material to the broader counterintelligence investigation into ties between Russia and the Trump campaign.

Officials have said they sought to dismiss the case in the interest of justice, upon the recommendation of a U.S. attorney who had been appointed by Attorney General William Barr to review the handling of the Flynn investigation.

Gleeson slammed the Justice Department's motion to dismiss the case, saying the arguments from prosecutors were “riddled” with legal errors.

“The Government’s ostensible grounds for seeking dismissal are conclusively disproven by its own briefs filed earlier in this very proceeding,” Gleeson wrote. “They contradict and ignore this Court’s prior orders, which constitute law of the case. They are riddled with inexplicable and elementary errors of law and fact. And they depart from positions that the Government has taken in other cases.”

Sullivan also asked Gleeson to explore whether he should hold Flynn in “criminal contempt for perjury.”

As part of his plea, Flynn had to admit in court, under oath, that he lied to the FBI and violated federal law. It is a crime to lie under oath in court.

In the filing, Gleeson said it was clear that Flynn had committed perjury and should be punished but that it should be a factor considered at his sentencing, as opposed to additional charges being brought against him.

“This approach — rather than a separate prosecution for perjury or contempt — aligns with the Court’s intent to treat this case, and this Defendant, in the same way it would any other," Gleeson wrote.

Gleeson was a federal judge in New York for more than two decades. Before becoming a judge, he had been a federal prosecutor and handled numerous high-profile cases, including the case against late Gambino crime family boss John Gotti. He’s been in private practice since 2016.

A federal appeals court is set to hear arguments Friday about Sullivan’s refusal to immediately dismiss the case. Flynn’s attorneys have asked the Court of Appeals for the D.C. Circuit to step in and force Sullivan to end to the case. They have also accused the judge of being biased, arguing he overstepped his authority when he did not immediately grant the Justice Department’s request to dismiss the case.

Sullivan has separately scheduled arguments on the dismissal motion for July 16.