FAA cracks down on unruly passengers with new PSA

Unruly airline passenger reports are down 50% so far this year from record highs reached around the same period in 2021, according to the Federal Aviation Administration (FAA).

It's a welcome relief for an industry that's recently been battered by another surge of coronavirus cases, driven by the omicron variant, and winter storms, disrupting operations across the nation since before Christmas.

Within the first two weeks of 2022, the FAA has received 76 reports of unruly passenger behavior. About 43 of the reported cases were mask-related incidents, according to the FAA's latest figures.

The federal agency has only investigated and initiated an enforcement action on one case so far this year. 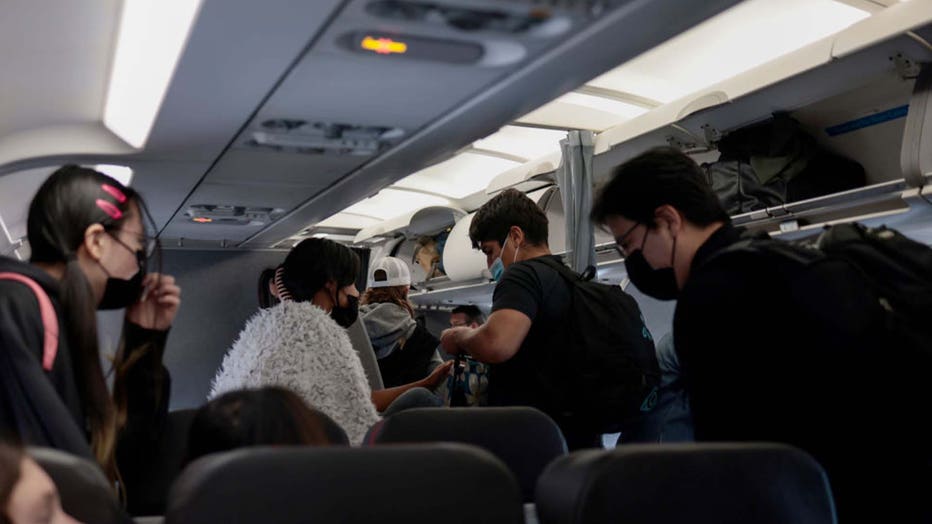 FILE - Passengers deplane from an airplane after landing at the Albuquerque International Sunport on Nov. 24, 2021.

In comparison, airlines reported nearly 6,000 cases of unruly passengers to the FAA in all of 2021. Throughout the year, the FAA launched 1,081 investigations into passenger behavior on flights, which was the highest total since the agency started keeping track in 1995.

To try and quell the number of disruptions on flights, which spiked in January 2021, FAA Administrator Steve Dickson signed an order directing stricter penalties for passengers who assault, threaten, intimidate or interfere with crew members. This includes failing to abide by flight crew instructions, such as to wear a face mask.

Under the FAA's zero-tolerance policy, passengers can face fines of up to $37,000 per violation. However, if a passenger commits multiple violations, they can face an even higher penalty.

Although the rate of incidents on commercial flights has dropped since the policy was initiated, there is still "more work to do," FAA said.

In August 2021, officials from the FAA stepped up efforts by meeting with the Justice Department to "develop an efficient method for referring the most serious unruly-passenger cases for potential criminal prosecution," the agencies said in a joint statement.

Since then, the FAA has sent most "egregious" cases to the FBI, which forwards those worthy of prosecution to field offices for investigation.

While the FAA can propose fines against unruly passengers, the agency can't prosecute criminal cases.