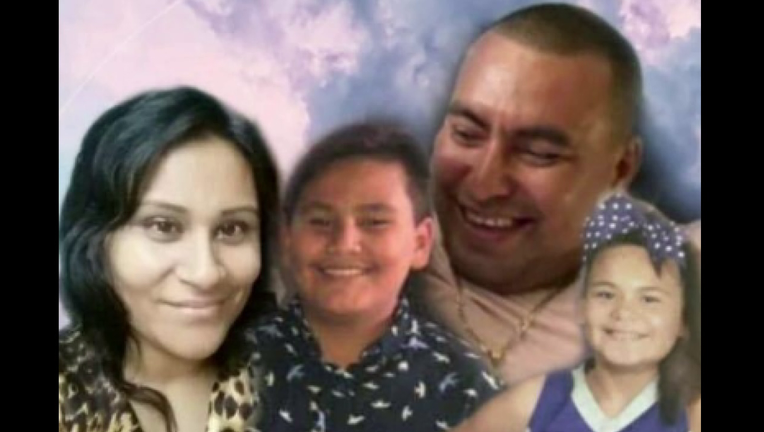 ALIEF, Texas - The Alief ISD community is rallying to support two children who survived a crash after their parents and brother and sister were killed in that crash.

This weekend will be the funeral for the Rodriguez family from Houston--a husband, wife and two children all killed in a crash in Uvalde County. Two of the four Rodriguez children survived but are left as orphans.

“I still can’t digest that--I didn’t believe,” said Neftali Rodriguez of his reaction when he heard the news his little brother had been killed with his wife and children. It was crash between a tractor-trailer and the SUV the Rodriguez family was riding in. The crash took the lives of Alberto Rodriguez, 43, his wife Maria, 36, their Lilian Karina, 15, and their son Kevin, 13, Neftali told Fox 26.

The crash happened in Uvalde County while the family was vacationing June 28. Neftali made the 4-and-a-half-hour drive from Houston to see the wreckage.

“You can’t tell there’s a vehicle,” he said, describing the scene.
The family’s 17-year-old daughter was airlifted to the hospital with serious injuries. Neftali says amazingly his 11-month-old nephew landed in his car seat in tree unharmed.“

Neftali is left to care for the two remaining children who’ve lost everything.

The other two children were in middle school and high school in Alief ISD.

“The kids were doing so good at school,” said Neftali.

The Alief ISD community and its business partners are now stepping in to help with councilors and other needs, said Dee Jones, Business and Community Coordinator for Alief ISD.

“Who wouldn’t want to help this family? They are just in need of support of all kinds,” said Jones.

Funeral details and how to help the Rodriguez family can be found here.