GLENDALE, Ariz. - For the Lopez family in Goodyear, Christmas came early this year, as Santa and his elves delivered presents.

Last Spring, Justin Lopez was nearly killed in an explosion at an APS facility. The explosion happened on April 19, when an APS Lithium-Ion battery exploded, seriously injuring four HAZMAT technicians from the Peoria Fire Department.

Justin, a firefighter, took the worst of it, suffering chemical burns and internal injuries. Justin didn't want to talk much about what happened that day, only saying he is doing much better with physical therapy.

Given all Justin and his family have been through the past year, a handful of people made sure to take the stress out of Christmas this year, especially given the seven children to buy presents for.

For this gifting mission, Santa Claus cruised into Goodyear in his four-wheel drive, desert-style sleigh to help the Lopez family celebrate a Christmas that almost wasn't. 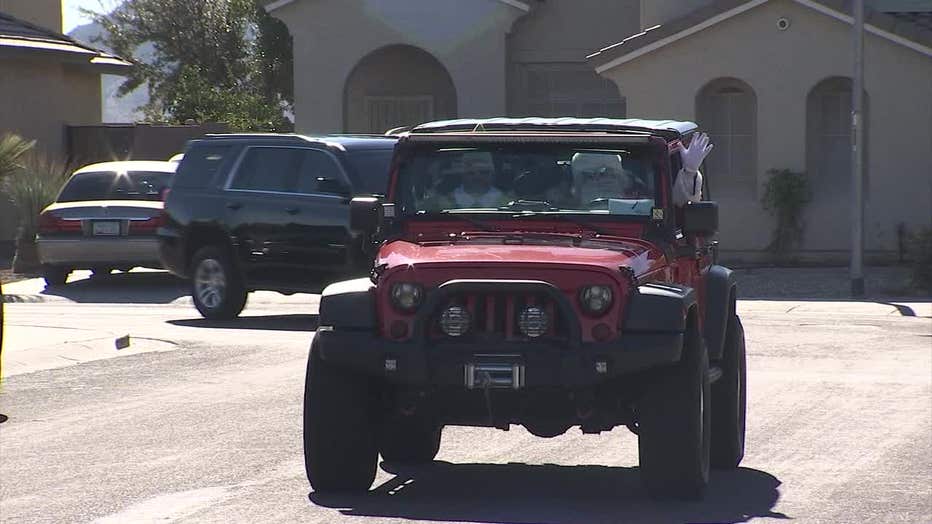 "It very humbling and different," said Justin. "Usually being on the other side, to be there for people during their worst time. its different but much appreciated."

A handful of elves delivered a pile of presents for the family's seven young children, nearly drowning the living room in Christmas cheer for a family with plenty to celebrate. 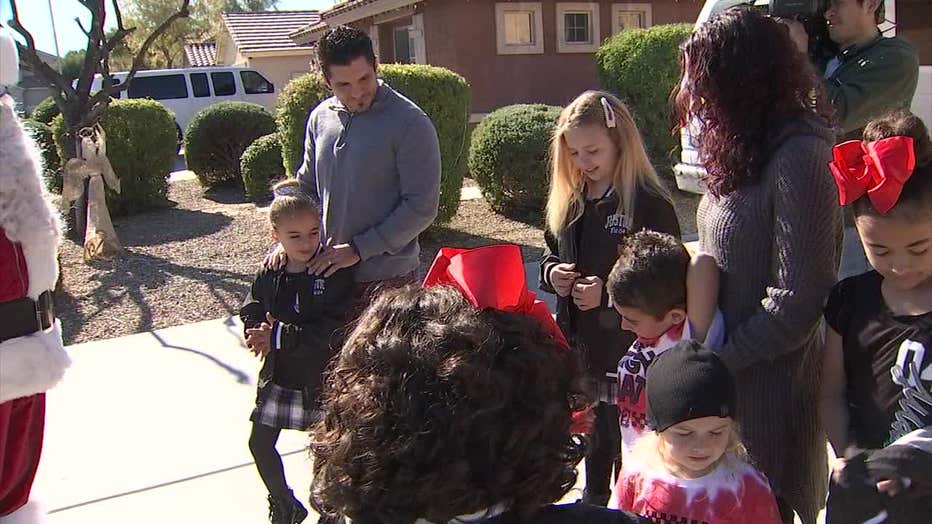 "They have seven children, and we thought what a better way to get them adopted by Santa and the elves?" said Angela Harrolle with the 100 Club.

The elves brought so many presents before Christmas morning, and Santa himself gave the go-ahead for the presents to be unwrapped.

The best gift, however, already came long before Santa arrived, in the form of a chance to spend the holidays together as one big happy family.

The 100 Club also teamed up with VIP Mortgage to donate, wrap and deliver those gifts. When asked how many presents he brought, even Santa said he lost count.