NORTH PORT, Fla. - The FBI confirmed Tuesday that the remains found over the weekend in Grand Teton National Park were those of Gabrielle "Gabby" Petito, the Florida woman who went missing during a cross-country trip with her fiancé.

According to the agency's Denver field office, the Teton County coroner confirmed the identity and said the manner of Gabby's death was homicide, but a specific cause of death will have to wait for the full autopsy results.

The remains were discovered Sunday in the Bridger-Teton National Forest after a national search for the 22-year-old. Video captured by a vacationing Tampa family accidentally caught what appeared to be the couple's van parked at the Spread Creek Dispersed Camping Area in the forest; Gabby's body was later found nearby. 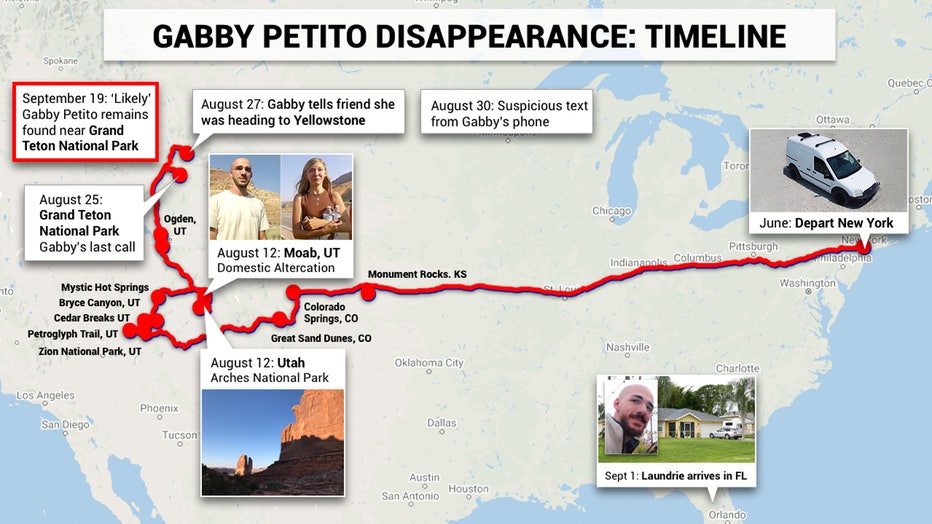 An apparent stone memorial has since been discovered near that spot, reports KSTU. A cross made of rocks was spotted there but it was unclear who placed it there, according to the station.

Gabby had been documenting the trip across the country on social media. Her last post was made August 25, the same day that she last spoke with her family by phone.

The FBI and other local law enforcement began the search in the national forest Saturday, September 18. Gabby had visited the area on August 27; her family reported her missing on September 11 after her fiancé, Brian Laundrie returned home to North Port, Florida with the van, but without Gabby, following a domestic altercation in Moab, Utah.

The 911 caller who reported a 'domestic dispute' between Brian Laundrie and Gabby Petito in Moab, Utah, on Aug. 12 was heard telling a dispatcher that 'the gentleman was slapping the girl' and hitting her.

A 911 caller who reported the "domestic dispute" between Brian and Gabby on August 12 was heard telling a dispatcher that "the gentleman was slapping the girl."

Body camera footage from the responding officers showed Petito crying in the couple's van. Officers ended up splitting up the couple for the night to cool off.

After the missing person's report was filed on September 11, police in North Port and elsewhere began looking for her, but they did not have any help narrowing down the search from Laundrie.

Gabby's family and investigators expressed frustration with the family's silence and refusal to speak to detectives.

"We share the frustration with the world," North Port Police Chief Todd Garrison said at the time. "Two people went on a trip, and one person returned. That person who returned isn’t providing information." 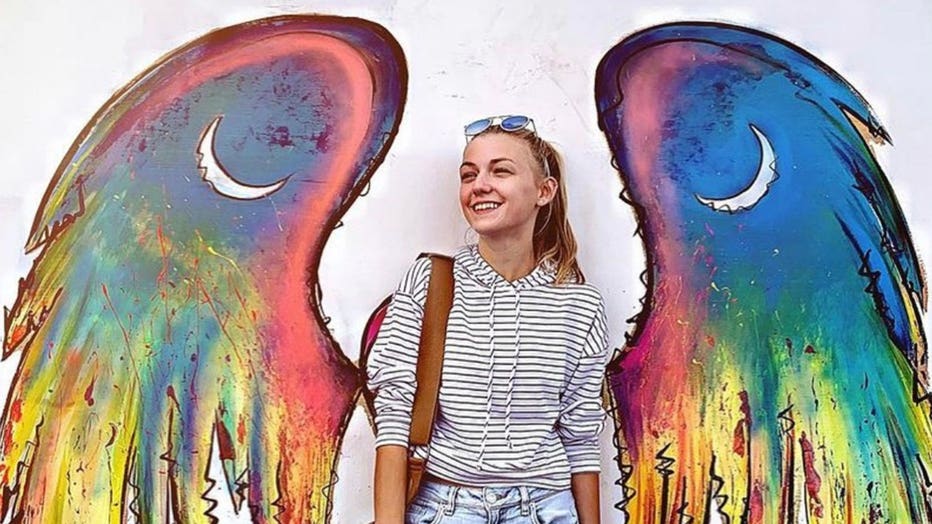 Where is Brian Laundrie?

Meanwhile, the search for Laundrie continues. The only named person of interest in Gabby's disappearance apparently went missing Tuesday, September 14 from the North Port home the couple shared with his parents.

Laundrie’s parents told North Port police that Brian left to go camping and never returned. They reported him missing Friday, September 17 and officials have been searching for him ever since.

Most of the search has focused on a swampy 25,000-acre nature preserve where Brian's car was located by his family, but agents also searched the family home on Monday.

Gov. Ron DeSantis on Tuesday ordered all state agencies to assist in the search, calling for "justice for Gabby."

Those who hope for answers about Gabby's disappearance and death are hopeful officers can find Brian, who may be able to shed light on what happened.

The Petito family's only comment for now was released through their attorney: ﻿"May Gabby rest In peace."