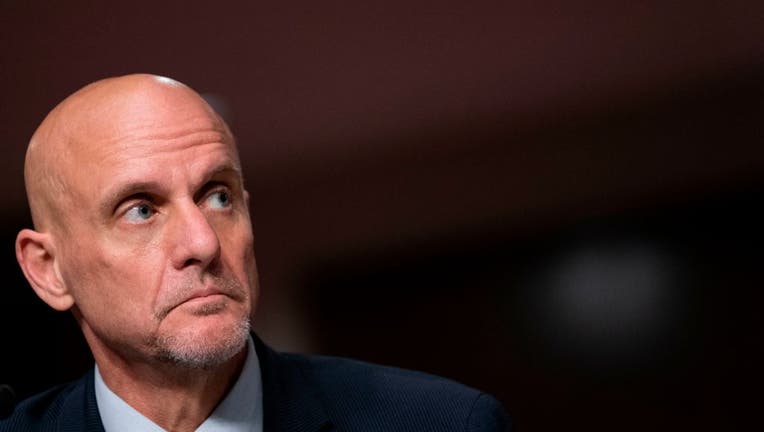 WASHINGTON - The head of the agency responsible for authorizing COVID-19 vaccines said Tuesday after a meeting at the White House that federal officials would take the time needed to “get this right,” despite increasing pressure and growing frustration from President Donald Trump that approval is taking too long.

“No one at FDA is sitting on his or her hands. Everyone is working really hard to look at these applications and get this done,” Stephen Hahn, the head of the Food and Drug Administration, told ABC in an interview on Instagram Live. “But we absolutely have to do this the right way.”

Hahn's comments came not long after he was summoned to the White House by Trump's chief of staff Mark Meadows as the agency weighs whether to allow emergency use of the first vaccines that could begin the long road to defeating the coronavirus in the U.S.

Trump has been livid with the FDA for not moving faster to approve the shots, blaming the fact that a vaccine was not available ahead of the Nov. 3 election in part for his loss. He also has leveled unfounded claims that drug companies deliberately delayed vaccine development to hinder his reelection chances, though there is no evidence to suggest that took place.

Dr. Fauci says everyone should get on board with COVID-19 safety precautions

RELATED: US scientific panel to determine who gets first doses of COVID-19 vaccine

As he has refused to accept his loss, Trump also has told close confidants that he believes the vaccine is still being slow-walked in a bid to undermine his efforts to challenge the results. If the vaccine were shipped out sooner, he has argued, it would rally public opinion to his side.

Hahn emerged from the White House meeting with his job intact, but it was a sign of the pressure he is under that the FDA offered guidance that “Dr. Hahn remains FDA Commissioner.”

Hahn said the FDA will thoroughly review each vaccine before making it available to the public.

“We will make sure that our scientists take the time they need to make an appropriate decision,” Hahn said in a statement provided by the FDA. “It is our job to get this right and make the correct decision regarding vaccine safety and efficacy.”

An FDA spokesman said the agency must review thousands of pages of technical information provided by vaccine developers to ensure the shots were studied and manufactured properly.

As for the meeting, Hahn told ABC that it was held “to provide a briefing around the issues we’re discussing here and that’s what occurred.”

The FDA has been weighing whether to authorize two experimental vaccines that have been raced through development. Pfizer and Moderna are seeking “emergency use” that would allow people in high-risk groups to get vaccinated while final-stage testing continues.

But the meeting risked exacerbating concerns that many Americans already harbor about the potential impact of political pressure on vaccine development. Public health officials, including Hahn, have been trying to provide reassurance for months that the approval process has been free from influence.

Meanwhile, a separate scientific panel was tackling the pressing question of who should first receive vaccinations when they become available in limited supply.

The White House did not respond to requests for comment about the meeting with Hahn and his future at the agency. But many aides to the president recognize that it would look especially bad for Trump to lose Hahn on the cusp of vaccine authorization.

The president has been fuming about the pace of the vaccine approval process since he lost his reelection bid and believes that, had Pfizer and Moderna released data showing their vaccines were effective before Election Day, he would have have won the race. He has also complained repeatedly about not getting the credit he believes he deserves for the vaccines' development and has urged reporters not to give President-elect Joe Biden credit for what has happened on Trump's watch.

In the first months of his tenure, former FDA staffers and outside experts criticized Hahn, a scientific researcher and former hospital executive, for decisions that many viewed as bowing to the White House and failing to protect the agency’s science-based decision-making process.

RELATED: Coronavirus was present in US earlier than initially thought: Study

In October, Hahn published strict FDA safety guidelines that effectively closed the door on Trump’s goal of delivering a vaccine by Election Day. And he has repeatedly testified to Congress that “science, not politics,” would determine when a vaccine was made available.

Despite Trump’s claims, the FDA has little control over when companies decide to seek government authorization for their vaccines. Each of the leading vaccine manufacturers is conducting large-scale studies of thousands of people to test their shots for safety and effectiveness.

Only an outside panel of independent experts can peek at the study data and determine when enough has accumulated to warrant FDA submission. Pfizer submitted its vaccine application on Nov. 20th and rival Moderna did the same on Monday.

The FDA has scheduled public meetings for Dec. 10 and Dec. 17 to review each vaccine and is expected to make decisions on whether to grant their use before the end of the year.

While Trump's anger with the FDA has been percolating for months, it escalated after the election, according to White House aides and a Republican close to the White House who spoke on condition of anonymity to discuss private conversations.

Trump has told friends that he believes Hahn slowed down or undersold the benefits of other therapeutics — despite evidence to the contrary — and has “never been on the team.” And Trump has claimed both privately and publicly that drug companies are punishing him for his efforts to lower prescription drug prices, and has made unsupported allegations that they have formed an informal Deep State-like cabal with the FDA and the media to hurt him.

RELATED: More than 12K COVID-19 deaths reported in US over past week as hospitalizations surpass 96K

Meanwhile, the administration has invited leading vaccine manufacturers, distributors and others to a “vaccine summit” next week. Not all invited companies have committed to attending for fear of being perceived as overtly political or being subjected to Trump's attacks.