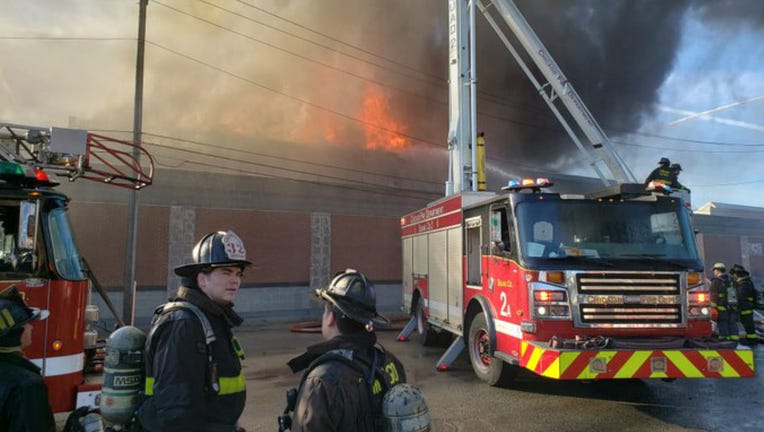 CHICAGO - Hundreds of firefighters on Thursday battled a fire in Lawndale that had completely engulfed an auto parts warehouse on the West Side.

Crews worked through large plumes of smoke and heavy flames for more than three hours, finally extinguishing the blaze shortly after noon, according to Chicago Fire Department spokesman Larry Merritt.

Firefighters were called about 8:45 a.m. after flames were seen shooting through the roof of the Best Value Autobody Supply Inc. warehouse at 4425 W. 16th St., Merritt said.

Merritt said the building was a total loss, with crews focusing on keeping the blaze from spreading to the adjacent building, a steel supplier. 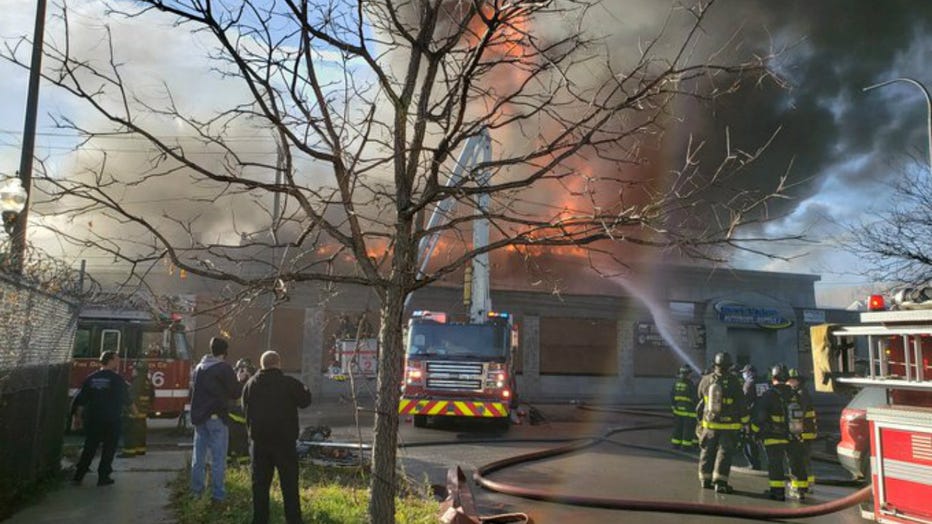 One civilian affiliated with the warehouse was transported to a hospital about 10 a.m., but the injury was unrelated to the fire, Merritt said. No other injuries were reported.

More than 250 firefighters and 90 engines and trucks were called to the fire, which was considered a hazardous materials incident due to the nature of some of the items stored in the building, Merritt said.

At the scene, firefighters could be seen taking turns blasting water at the burnt facade of the building, spraying through broken windows.

Heat from the fire could be felt across a smoke-filled 16th Street between Kilbourn and Kostner avenues. 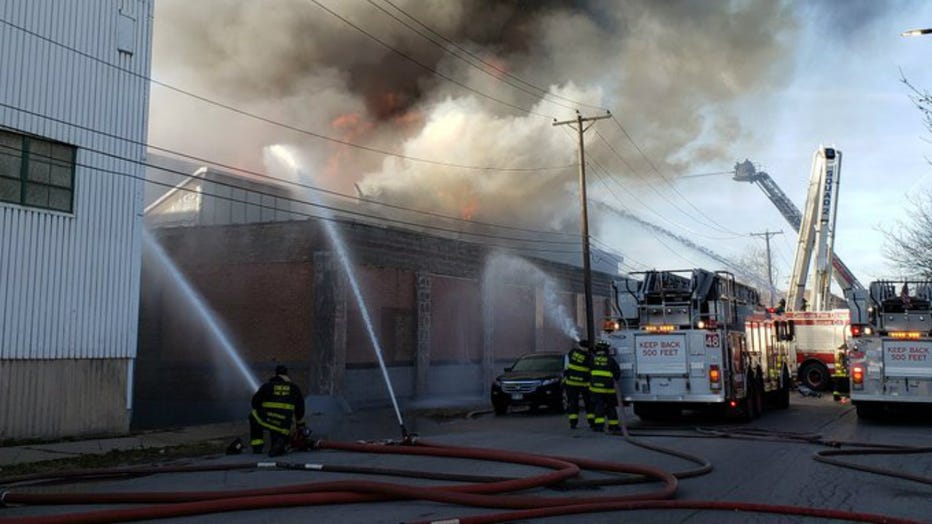 Crews had been called Thursday morning by someone inside the building, Merritt said. Within an hour, the fire had spread and the fire was upgraded to a four-alarm.

The warehouse holds more than 100,000 auto parts, according to its website.