TAMPA, Fla. - A report compiled for the White House Coronavirus Task Force shows 18 states, including Florida, are in the "red zone" for growing numbers of COVID-19 cases.

Florida is also listed as among the 11 states in the red zone for percent positivity. The report was released publicly by the Center for Public Integrity, which says it received the report from a "source."

"The first thing that went through my head is, 'Why isn’t this public?'” said Liz Whyte, a reporter with CPI, which posted the report on its website.

Read the full report at: https://publicintegrity.org/health/coronavirus-and-inequality/exclusive-white-house-document-shows-18-states-in-coronavirus-red-zone-covid-19/ 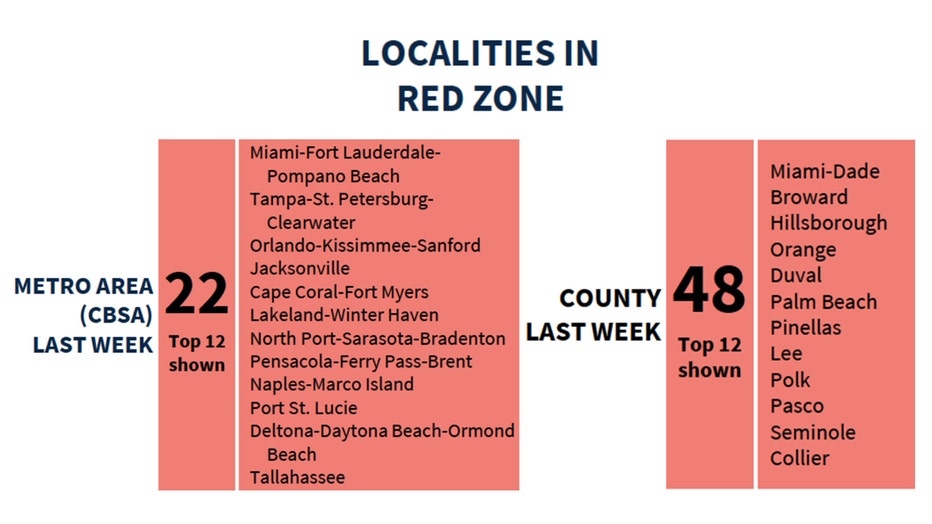 Florida's most populated areas, including Tampa-St. Petersburg and Clearwater, are all listed in red because they had more than 100 new cases per 100,000 people and positivity rates above 10%.

The report recommends Florida require masks in red zone counties, decrease indoor dining capacity from 50% to 25% and close gyms. The recommendations in the report were never made official policy. 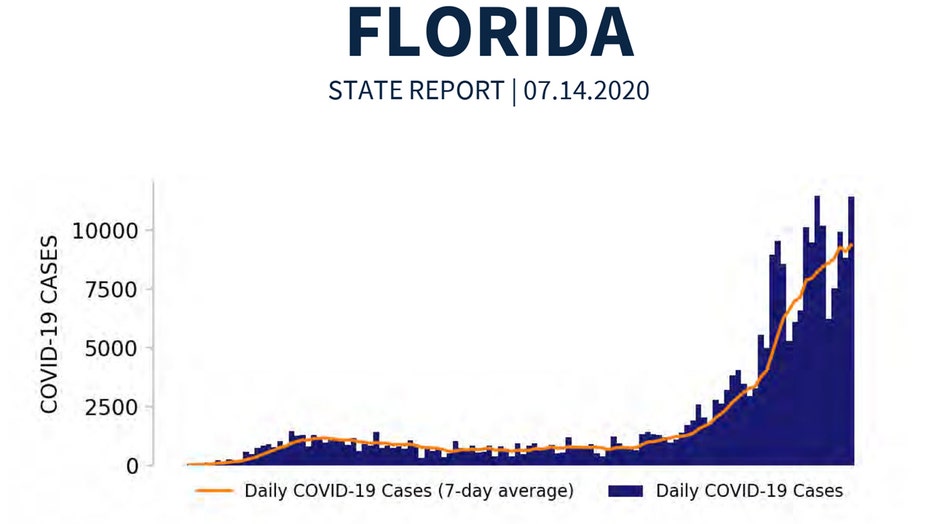 It's unclear if Governor Ron DeSantis has read the entire report, but responded to the recommendation concerning gyms.

"I think taking that option away for people to be healthy just doesn't make sense," he said. "We haven't seen that as a major vector, but most of the people going to gyms are in the low-risk groups." 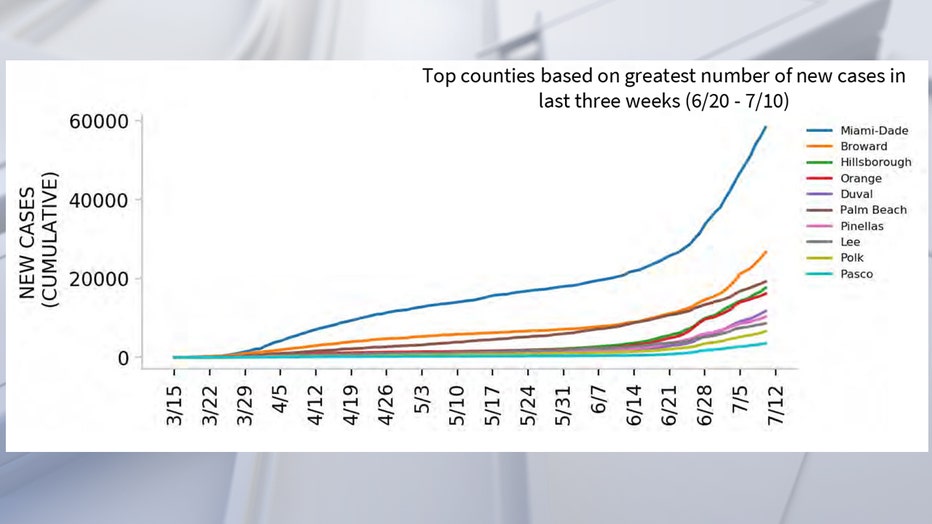 During his appearance in Apopka Friday, the governor pointed to a leveling-off of the rate of emergency room visits for COVID-like illnesses and of a stabilizing of the positivity rate, which in Orange and Pinellas counties has dropped to under 10%.

"I think if we keep doing the basic things they are doing here and in other parts of the state, that is really going to help us get through the next two weeks," DeSantis said. 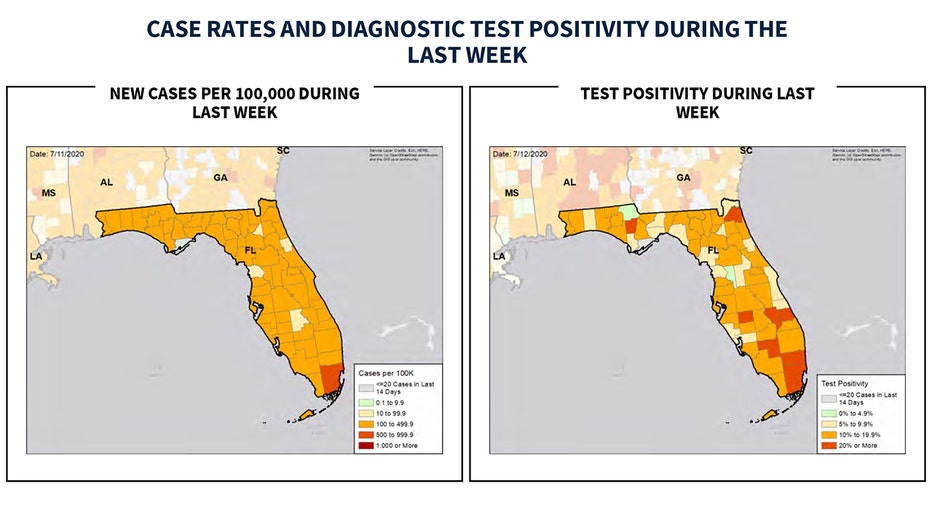 The governor also argued Florida's death rate, which is at about 1.5%, is relatively low and shows that the virus is generally spreading in young, healthier people.

"[Our] efforts have been targeted," the governor said. "The efforts have saved lives. We are not out of the woods, obviously. I think it is a difficult situation. 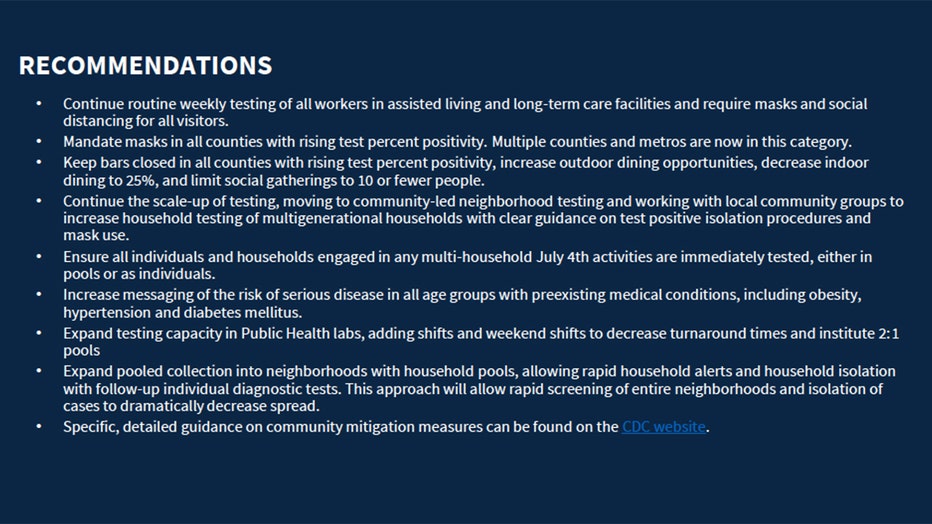