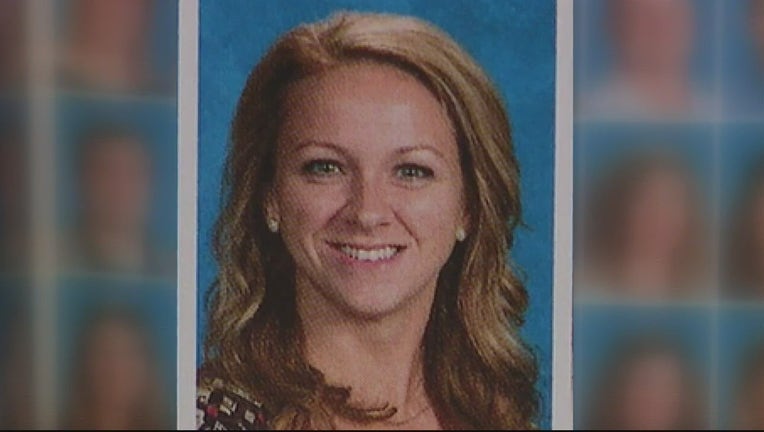 Kathleen 'Kate' Boozer was facing 15 years in prison after a former student said they had sexual relations several times while he was a junior in high school.

LAKE ORION, Mich. (FOX 2) - Kathleen 'Kate' Boozer, a former teacher at Lake Orion High School teacher, has been sentenced to a year in jail and must register as a sex offender after she pleaded no contest to having a sexual relationship with a former student.

Boozer reached a plea deal and agreed to plead no contest to two counts of 3rd degree criminal sex crimes. As part of the plea deal, two other charges were dropped and Boozer was sentenced to a year in jail.

She must also register as a sex offender and continue sex offender treatment and have no contact with her former student or his family.

Boozer had been facing up to 15 years in prison for having a relationship with her then 16-year-old student, Ryan Crue.

Crue told FOX 2's Robin Murdoch his story in December 2020, three months before Boozer was first in court on the charges.

According to Crue, he had a sexual relationship with his former Spanish teacher in 2014 when he was 16 and she was 28.

Crue told FOX 2 they had some form of sexual intercourse multiple times, sometimes in her own classroom at school.

Nancy Hatalsky, his mother and also an educator, went to Lake Orion administrators with her concerns about the relationship, before she even realized it was sexual. The district said they investigated and contacted the Oakland County Sheriff's Department. However, then-undersheriff Mike McCabe said they weren't notified until 2019.

"The statute says they need to call us. We are the ones, law enforcement determines whether it's credible or not," he said.

The Oakland County Prosecutor's Office continued to look into the case but chose not to pursue charges.

After our original story aired and a new prosecutor was elected, the administration reviewed the case and charged Boozer.

Boozer had originally been charged with four counts of 3rd-degree criminal sexual conduct and faced a maximum of 15 years in prison.

Ryan Crue and his family say they are sharing the story to empower others on their journey to justice.