Bloomberg told reporters Tuesday at a Mexican restaurant in Phoenix that the nation should recruit immigrants to come to the U.S. and improve its culture, cuisine, religion, dialogue and economy.

The billionaire former mayor of New York City blasted President Donald Trump's immigration policies that resulted in the separation of families arriving on the border, saying, "Ripping kids away from their parents is a disgrace."Bloomberg reiterated his recent apology for supporting New York's stop-and-frisk police policy, saying, "It was a mistake."

Bloomberg was a strong supporter of the practice despite its disproportionate impact on people of color.

This week, Bloomberg has spent $100 million on anti-Trump television ads in four states, including Arizona. 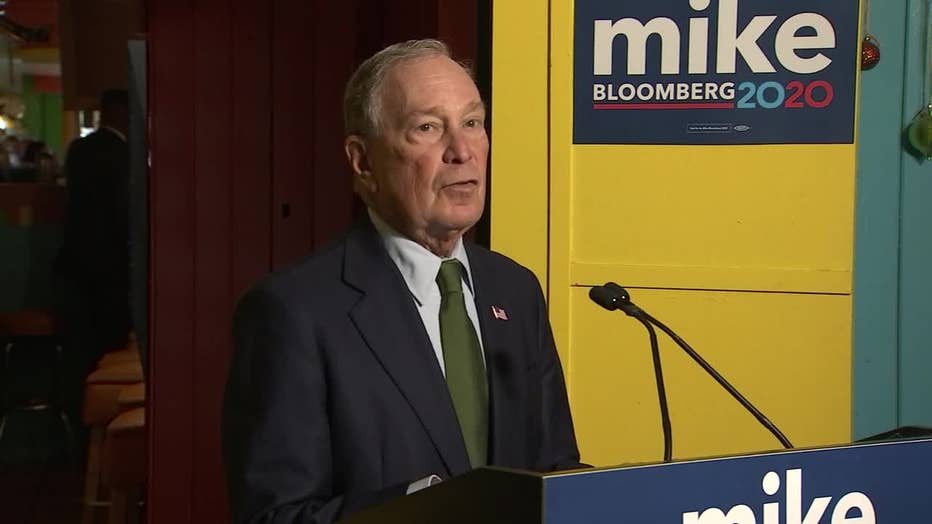 "You don't often see presidential candidates here, and in fact, President Trump is the only one spending any money here and other swing states around the country, and I am determined to change exactly that," said Bloomberg.

The Maricopa County Democratic Party says it is building momentum, and is poised to turn Arizona from red to blue in 2020.

"The electorate is changing here in Arizona. It's younger and more diverse, and that trends well for the Democratic Party," said Diaz-Martinez.

Diaz-Martinez said between July and October of this year, 54,000 Arizonans registered to vote, and the majority of the new voters are Democrats. Democrats say Arizona is as important to the presidential race as Ohio and Wisconsin.

"The path to the presidency goes through right where we are standing right now," said Bloomberg.

In December, Julian Castro, who is the sole Latino Democratic presidential hopeful, is set to make a campaign stop in Phoenix.

Arizona is set to hold its Democratic primary on March 17.