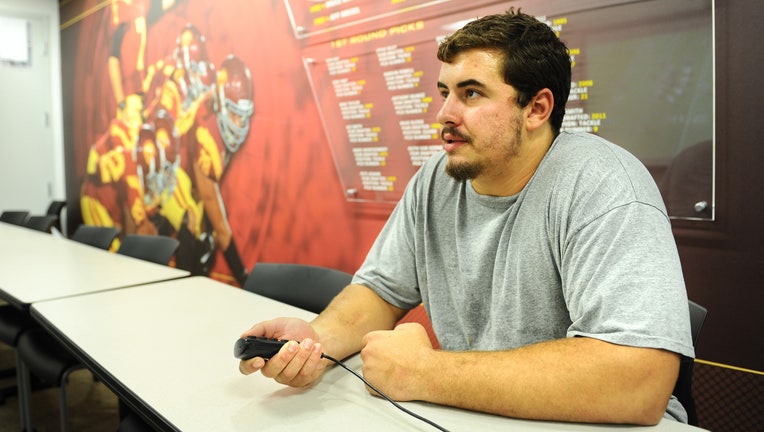 LOS ANGELES - Max Tuerk, a former standout offensive lineman for the USC Trojans, has died at the age of 26, the school announced.

No cause of death was released.

"#FightOnForever, Max Tuerk,'' USC's athletic department tweeted Sunday afternoon. "The #TrojanFamily is terribly saddened by the news of Tuerk's passing, gone too soon at the age of 26, and our thoughts, prayers and condolences are with his family.''

"Heartbroken by the loss of Max Tuerk. Incredible person, teammate, and Trojan. Our thoughts and prayers go out to his family,'' Trojans head coach Clay Helton tweeted a short time later.

Tuerk was drafted in the third round of the 2016 NFL Draft by the then-San Diego Chargers, but released in 2017. He was signed by the Arizona Cardinals that season, and appeared in one game for the team.