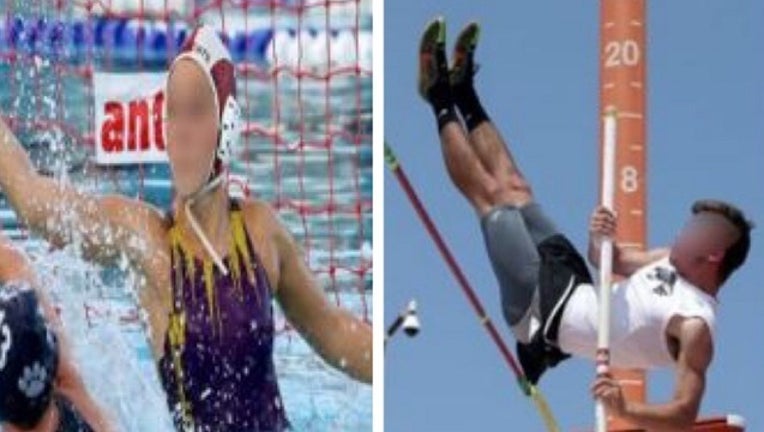 Federal prosecutors allege that some parents used fake photos of their children to get them into college. Department of Justice. March 12, 2019

BOSTON - Four more parents pleaded guilty on Monday in the college admissions bribery scandal, and a Texas man accused of helping to orchestrate the scheme also agreed to reverse his plea and accept guilt.

Martin Fox, the president of a private tennis club in Houston, also agreed to plead guilty by Nov. 20 in a deal that prosecutors announced Monday. He is charged with racketeering.

Authorities say Fox brokered bribes to help wealthy parents cheat on their children's college entrance exams at a Houston testing site. He's also accused of arranging bribes to get two students admitted to the University of San Diego as recruited athletes, and one student to the University of Texas. He will return the $245,000 he received through the scheme, according to his plea deal.

Fifteen other parents previously pleaded guilty as part of plea agreements. Prosecutors agreed to request lighter sentences for those parents since they took responsibility earlier. But the four new parents had no such deals, and they face additional charges of money laundering that could bring weightier sentences.

Out of 10 parents sentenced so far, nine have been dealt prison time, with terms ranging from 14 days to five months. Another 15 parents are fighting charges tied to the scheme. Their trials are expected to begin sometime in 2020.

Hodge, of Laguna Beach, California, was accused of paying more than $500,000 in bribes to get two of his children into the University of Southern California. Authorities say he paid $200,000 to get his daughter admitted as a soccer recruit in 2013, and $325,000 to get his son in as a football recruit in 2015. Neither played on those sports teams.

Hodge, a former CEO of the Pacific Investment Management Company, is scheduled to be sentenced in January 2020. He apologized in a statement Monday, saying he takes full responsibility for his conduct.

"I have always prided myself on leading by example, and I am ashamed of the decisions I made," he said. "I acted out of love for my children, but I know that this explanation for my actions is not an excuse."

Janavs, of Newport Coast, California, is accused of paying $400,000 to get her son admitted to Georgetown University as a fake tennis recruit in 2017. She separately paid $100,000 to help two of her daughters cheat on the ACT exam in 2017 and 2019, prosecutors said.

Janavs is a former executive of Chef America Inc., a food producer that created the Hot Pocket frozen snack. She is set to be sentenced in February.

Manuel and Elizabeth Henriquez, of Atherton, California, are accused of paying $400,000 in bribes to get their oldest daughter into Georgetown as a fake tennis recruit in 2016. They're also accused of paying to help two of their daughters cheat on college entrance exams a total of four times.

Manuel Henriquez is the founder and former CEO of Hercules Capital, a finance firm in Palo Alto, California. The couple is scheduled to be sentenced in March.