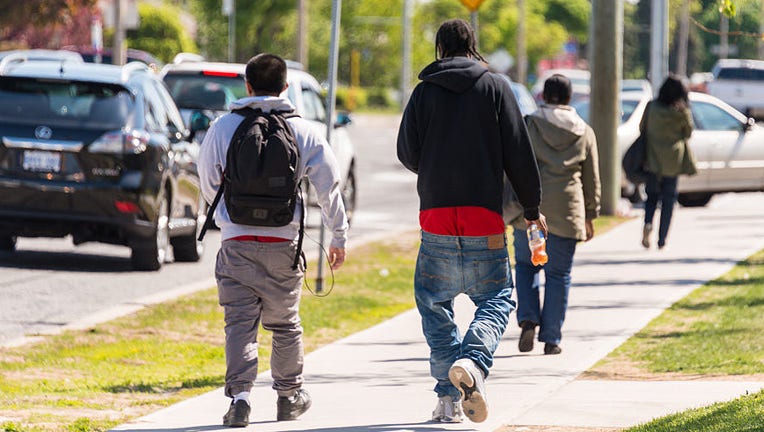 NORTH CHARLESTON, S.C. - A program promoting self-respect and the importance of making a good impression by simply wearing a belt is taking off at a South Carolina high school.

The "No More Sagging" campaign encourages teens to dress appropriately by pulling up their pants using a free belt that’s offered to them.

This initiative was started by Thomas Ravenell and Charles Tyler three years ago, WCIV-TV reported last week.   The belt giveaway is taking place at North Charleston High School in North Charleston, South Carolina, where Ravenell serves as a mentor.

FOX Television Stations reached out to Ravenell Monday for comment about the program.

Ravenell told the WCIV on Aug. 22 that the goal of the program is to teach young men about "manhood" and "carrying themselves with "respect." He shared with the local media outlet that students returning to school purchased new clothes and shoes but they didn’t have a belt to wear with them.

Ravenell and Tyler have given away more than 30 belts within the first few days of school at North Charleston High School, according to WCIV.

The saggy pants trend caught the attention of a South Carolina town which took a more drastic approach to discourage people from wearing their pants hanging too low.

In 2016, Timmonsville, South Carolina officials passed an ordinance that would fine people for wearing them. Mayor Pro Tem William James, Jr. said at the time the ordinance is about "integrity and respecting yourself."

Under the ordinance, a first violation would be a verbal warning from authorities. The second infraction is a written warning for the person and their name listed in a law enforcement registry. But if a third violation happens, the individual is issued a citation and a $100-$600 fine which is left to a judge’s discretion.

FOX 29 Philadelphia contributed to this story. This story was reported from Washington, D.C.