A French bus driver has died after he was savagely beaten by passengers who refused to wear face masks.

Monguillot was hospitalized and declared brain dead after the July 5 attack at a bus stop in Bayonne, in southwest France.

His 18-year-old daughter, Marie Monguillot, told Agence France-Presse that doctors and the family decided it was time “to let him go” and take him off life support.

Monguillot was dragged off his No. 810 bus and violently beaten and kicked in the head after he asked four passengers to wear face masks, the Bayonne prosecutor said. Masks are required on French public transportation because of the coronavirus pandemic. 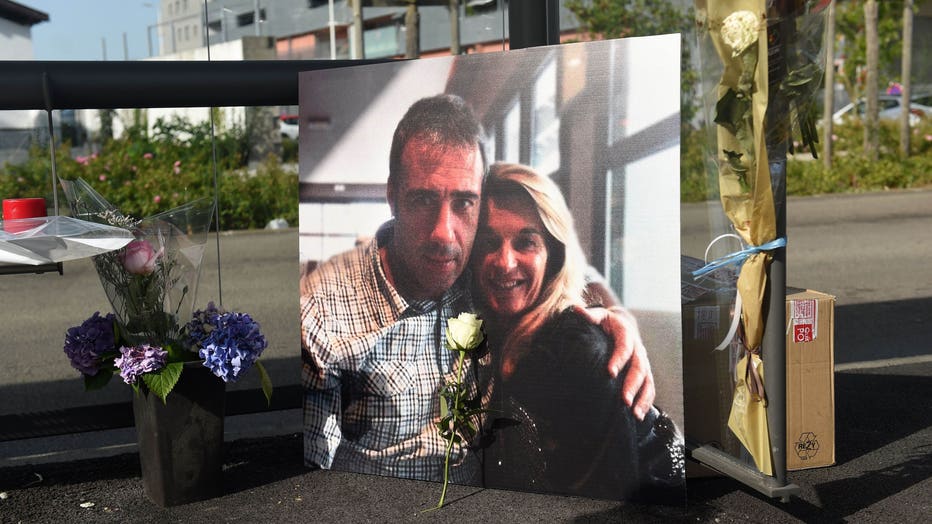 A picture of Veronique Monguillot and Philippe Monguillot, a bus driver declared brain dead after being attacked for refusing to let aboard a group of people who were not wearing face masks, is displayed during a white march in Bayonne, southwestern

“This bus driver was only doing his job,” Darmanin said. "He left his home in the morning and did not come back, leaving a widow and three orphan girls. It is an absolutely odious act."

The widow, Veronique Monguillot, said she told Darmanin that the family was “destroyed” by the brutal attack and called for “exemplary punishment” of those convicted of the slaying.

“We must bang a fist on the table, so this never happens again,” she said. “It's barbaric, not normal. We must stop this massacre.”

France has more than 208,000 confirmed coronavirus infections and over 30,000 virus-related deaths, according to a tally by Johns Hopkins University.