STATESBORO, Ga. - Georgia Southern is mourning the loss of one of the university's freshman football players, the school announced on Monday. 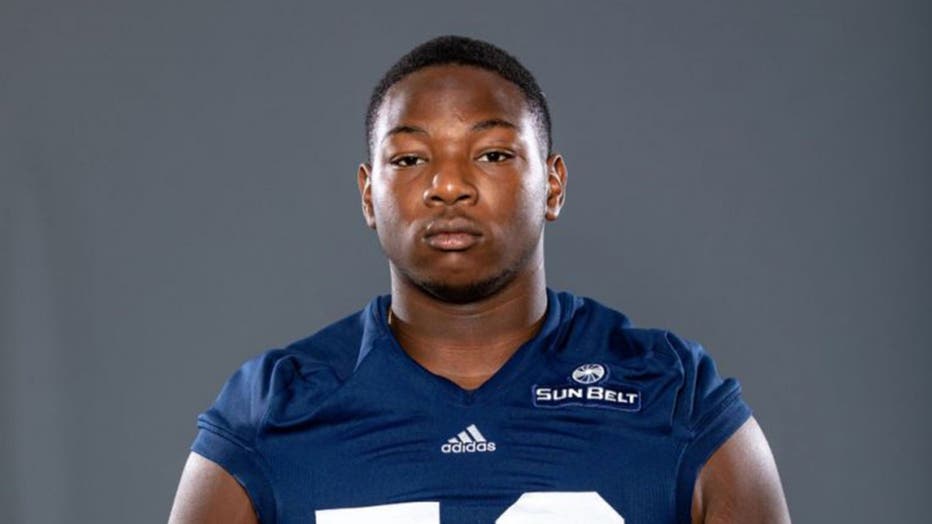 Jordan Wiggins was an offensive lineman for the Eagles and played for the Godby High School Cougars in Tallahassee, Florida. He was 18 years old. The cause of death is unknown.

“The Georgia Southern Athletics Department has received a report of the death of student-athlete Jordan Wiggins. Our thoughts are with the student’s family, friends and classmates,” the school said.

The university has not released any other information or anything about a potential cause of death.

Wiggins had been ranked the No. 251 offensive tackle in the country and the No. 304 football player in Florida by 247 sports. He had also been named a local Tallahassee

publication's Youth of the Year. He was majoring in electrical engineering.

According to the Tallahassee Democrat, Wiggins’ mother, Althea Jones, died in 2017. The mother of his football coach took him in for his last high school.